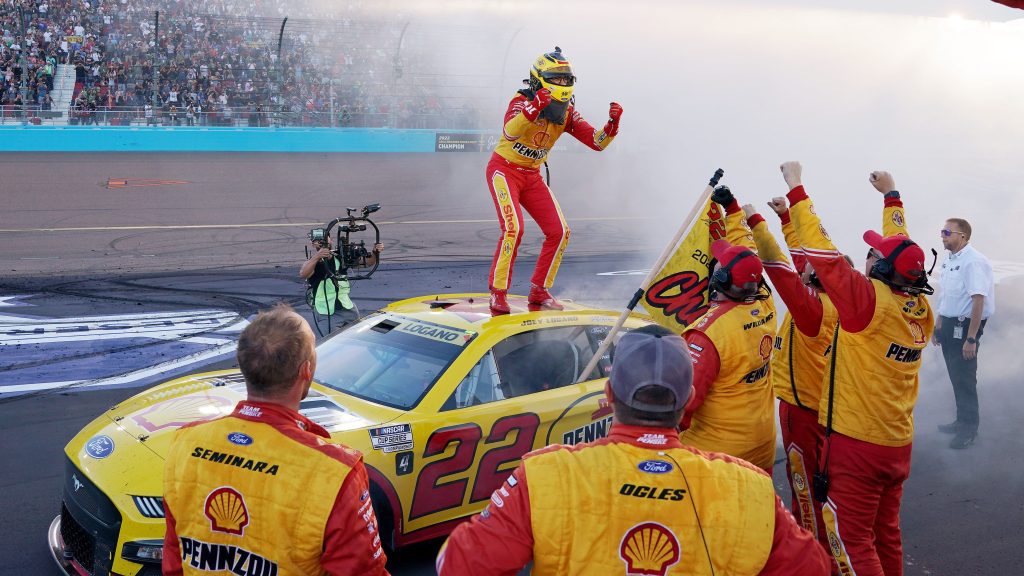 AVONDALE, Ariz. — Joey Logano made a point to soak in every moment following his second NASCAR Cup Series championship win Sunday at Phoenix Raceway. It was a conscious effort to relish the first few minutes after he crossed the finish line first, beating out Ross Chastain, Christopher Bell and Chase Elliott in the title hunt. He knew from his first championship in 2018 that those initial moments are exceptional and almost impossible to replicate. “If I’m being honest, it definitely feels a little different,” Logano said when asked Sunday night how his second championship compares with the first. “But it still feels really special. What I remember of the first championship was the moment when you get out of the car and you see everybody for the first time. That’s the most special moment of the whole thing. … “That first 10 minutes is the best. There’s just nothing like it. It’s so hard to achieve it, and you just hope to have that feeling again.” Here’s a look at the 12 best photos of Logano celebrating. Joey Logano on how he won his second NASCAR championship: ‘You can’t fake confidence’