Joey Logano on how he won his second NASCAR championship: ‘You can’t fake confidence’ 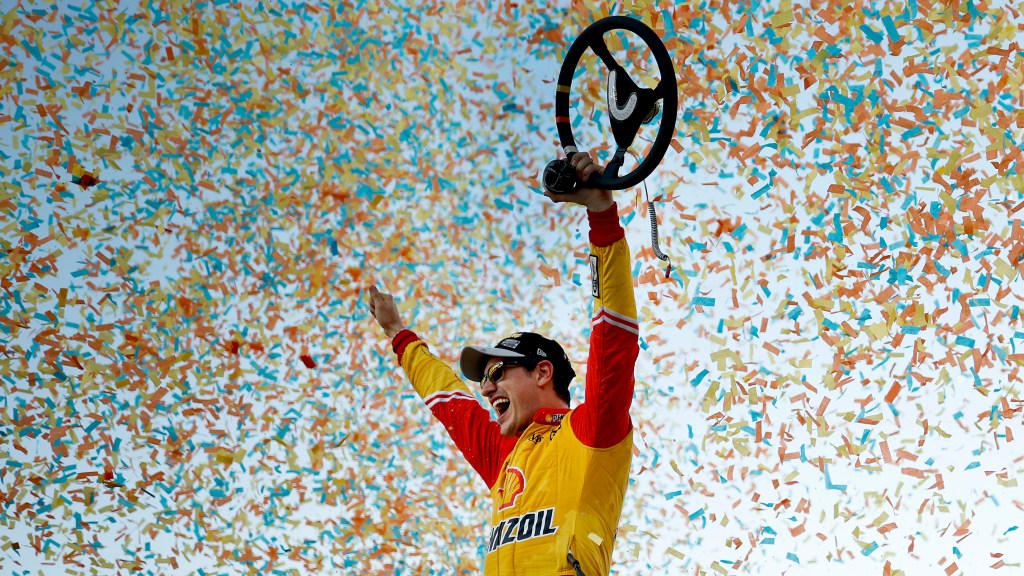 AVONDALE, Ariz. — Joey Logano never doubted he’d be the NASCAR driver hoisting the Cup Series trophy at the end of the season. Of course, plenty of drivers enter a new season or the beginning of the playoffs with the same mentality. But Logano felt his No. 22 Team Penske Ford team was immensely prepared for this moment — including a 7 a.m. team meeting in crew chief Paul Wolfe’s bus Sunday — and he had a two extra weeks to get ready after being the first Championship 4 driver to qualify for the title race at Phoenix Raceway. He won at Las Vegas Motor Speedway in mid-October, and his team quickly began eyeing the championship race, watching film, reviewing pit stops, dissecting the details and capitalizing on their advantage. So by the time Phoenix rolled around, noticeable confidence and excitement were bursting from the 32-year-old driver through his almost-always jovial personality. JOEY LOGANO IS THE 2022 @NASCAR CUP SERIES CHAMPION! pic.twitter.com/4PbjN8UZk5 — NASCAR on NBC (@NASCARonNBC) November 6, 2022 “When you saw how confident I was in my team [it was] because we were truly ready,” Logano said while wearing his gigantic championship ring. “And you can’t fake confidence. I mean, you can maybe show it a little bit, but truly deep down inside, you have to believe that if you’re going to be ready for this battle ahead of you. And I never felt more ready.” So when he hit the one-mile desert track, and he absolutely dominated. He first won the pole before ultimately leading a race-high 187 laps of the 312 laps total, taking the checkered flag and winning his second career NASCAR Cup championship, along with his 2018 crown. It was also his third win at Phoenix in 28 starts. But actually, Logano said he feels maybe a little short-changed when it comes to his championship count. (John David Mercer-USA TODAY Sports) “The greed in me feels like I should have four or five at the moment,” he said, chuckling at his own joke. After being out front for the first 87 laps, Logano then traded the lead with a handful of challengers, but never with the other three championship contenders: Chase Elliott, Ross Chastain or Christopher Bell. He crushed his title competition, and for most of the race, it felt like it was his trophy to lose. And by the time he crossed the finish line first, he was 0.301 seconds ahead of race runner-up Ryan Blaney, 1.268 ahead of Chastain in third and at least three seconds ahead of the rest of the field. Bell finished 10th, and Elliott was 28th after a run-in with Chastain that damaged his car. “The 22 [team] was lights out all weekend, winning the pole and being super strong in practice,” Bell said. “We were just kind of playing catch-up — the rest of us were playing catch-up to him. The best car won the championship for sure.” The oldest and most veteran of the title contenders — though Elliott was the 2020 champion — Logano said the experience delivered him an advantage beyond the obvious. Of course, he appreciates what it takes to win it all. But he noted his fifth appearance in the Championship 4 helped him identify his competitors’ weaknesses, and when they may have been convincing themselves Sunday was just another race, Logano cranked up the pressure. He relishes it. “I love making situations bigger than what they are — even bigger — because that pressure, to me, makes me better,” he said. “Is it uncomforting? Yeah.” “Let me tell you, I felt like I had a 10,000-pound gorilla on my shoulder,” he continued. “It’s tough. Like, I felt the pressure, don’t get me wrong. But you gotta learn to love it because it’s right around the corner from having a moment like this.” And it carried him to victory, making Team Penske the first organization to win a NASCAR and IndyCar Series championship in the same year. (Mark J. Rebilas-USA TODAY Sports) “We don’t win every day, do we?” said team owner Roger Penske, who’s No. 2 Ford squad also won the season-opening Daytona 500. “But it teaches us how to win and how to stay in the game, and I think that’s what it’s done. … So I can’t say one is better than the other. I’m just glad to be here.” Logano now joins Kyle Busch as the only active two-time champion, but that will change next season when seven-time champ Jimmie Johnson makes his limited return to the NASCAR circuit as a part-time driver. "(function() {var sc = document.createElement(\"script\"), scCnter = document.getElementById(\"container-sdp-voltax-player-01evcfkb10bw5a3nky-9565\"), done = false;sc.src = mm_video_data.endpointUrl + \"\/01evcfkb10bw5a3nky.js\";sc.onload = sc.onreadystatechange = function() {if(!done && (!this.readyState || this.readyState == \"loaded\" || this.readyState == \"complete\")) {sdpVoltax[\"01evcfkb10bw5a3nky-9565\"].initializePlayer( {\"id\":\"01ggr1ng1sj0rcb4ywxh\",\"playlist_id\":\"\",\"player_id\":\"01evcfkb10bw5a3nky\",\"type\":\"video\",\"image\":\"https:\\\/\\\/images2.minutemediacdn.com\\\/image\\\/upload\\\/video\\\/thumbnail\\\/mmplus\\\/01ggr1ng1sj0rcb4ywxh\\\/01ggr1ng1sj0rcb4ywxh-0cc7bb9e593b055a3cac3811fc6daf51.jpg\",\"container_id\":\"01evcfkb10bw5a3nky-9565\"});done = true; sc.onload = sc.onreadystatechange = null; }};scCnter.appendChild(sc);})();"var sdpVoltax = window.sdpVoltax || []; sdpVoltax["01evcfkb10bw5a3nky-9565"] = sdpVoltaxPlayerHandler().start("01evcfkb10bw5a3nky-9565"); List Ross Chastain pulled off a brilliant video game move to advance to NASCAR’s title race, and fans were stunned View 5 items Gallery Every NASCAR Cup Series playoff champion through the years View 19 photos