Kurt Busch is stepping away from full-time NASCAR, and Tyler Reddick will replace him at 23XI Racing 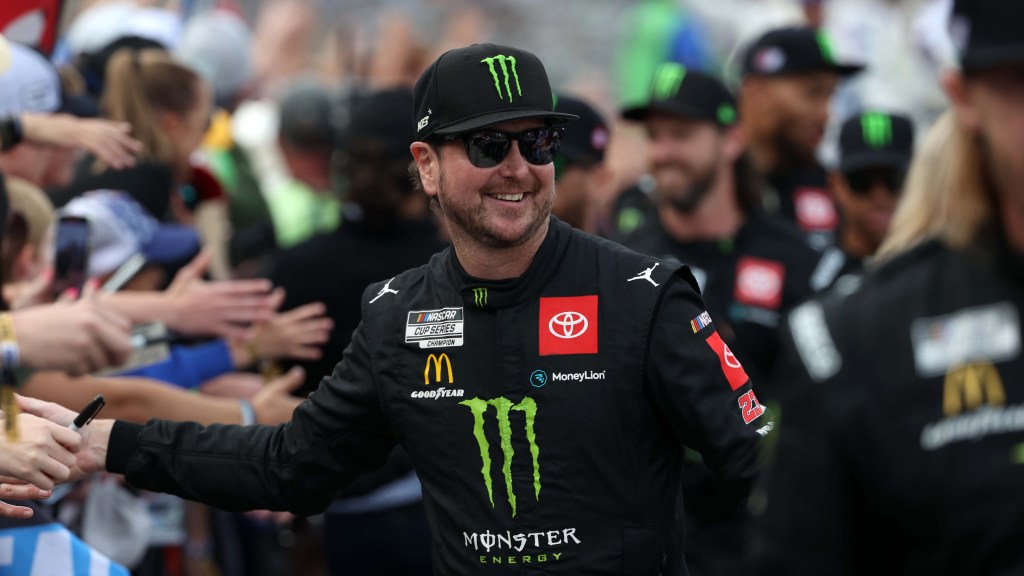 Kurt Busch is stepping away from full-time NASCAR competition next season as he continues to recover from a head injury he suffered this summer behind the wheel of the No. 45 23XI Racing Toyota. The 44-year-old driver — a veteran of the sport after 23 years in the Cup Series that included winning the 2004 championship — announced Saturday that he’s stepping away from full-time NASCAR competition in 2023 to focus on his recovery and his long-term health. He did not explicitly say he’s retiring. Busch has been sidelined since July 23 after he crashed during a qualifying round at Pocono Raceway. He subsequently began experiencing concussion-like symptoms and has yet to be cleared to compete. His last race was at New Hampshire Motor Speedway on July 17, the weekend before his Pocono crash. In a statement on Twitter, Busch said: “The doctors have come to the conclusion that it is best for me to ‘shut it down’ for this season. Even though I have made solid gains since I have been working with top specialists, and the team at Toyota Performance Center, I’m still not 100% and I’m still not cleared to compete. “As I continue to focus on my health and work towards being cleared, I will be stepping away from full-time NASCAR Cup Series competition in 2023. “My long-term health is priority number one, and I don’t feel committing at this point to compete for a championship next year is in my best interest or the best interest of the team.” pic.twitter.com/2SMr0CBF2i — Kurt Busch (@KurtBusch) October 15, 2022 Busch has been open in his head injury recovery, leading by example for other NASCAR drivers and the racing world. He’s provided occasional updates in his recovery. “I know I’m not 100% in my ability to go out and race at the top level in the NASCAR Cup Series,” Busch added in his Twitter statement. “These are the best of the best drivers, and lately, I haven’t felt my best.” In Busch’s absence, second-tier Xfinity Series driver Ty Gibbs first filled in behind the wheel of the No. 45 Toyota before switching car numbers with 23XI’s other full-time driver, Bubba Wallace, putting the more experienced racer in the 45 for the playoffs. Thanks to Busch’s May win at Kansas Speedway, the No. 45 car was competing for the owners’ championship but has since been eliminated. 23XI — which is co-owned by Michael Jordan and Denny Hamlin — announced in July that Tyler Reddick would join the team in 2024, and Reddick was expected to stay with his current team, Richard Childress Racing, through 2023. But now, Reddick will switch teams before the 2023 season to take over the No. 45 car for 23XI. Reddick won his first three Cup races (Road America, Indianapolis Motor Speedway’s road course and Texas Motor Speedway) in 2022, his third full-time season at the top of NASCAR. In a statement on Twitter, 23XI said: “With Kurt choosing to not race full-time next year, 23XI Racing announced today that upon reaching an agreement with Richard Childress Racing, Tyler Reddick will join 23XI in 2023 to drive the No. 45 Toyota Camry TRD. We look forward to competing against Tyler over the remaining four weeks of the season and look forward to having him join our team thereafter.” The official statement from 23XI #TeamToyota pic.twitter.com/Rcp88p0IZt — 23XI Racing (@23XIRacing) October 15, 2022 Since Kurt Busch began full-time racing in the Cup Series in 2001, he’s accumulated 34 race wins — including the 2017 Daytona 500 — ranking him 25th on NASCAR’s all-time wins list. Throughout his full-time Cup career, he’s had just three seasons (2001, 2012, 2013) without at least one trip to Victory Lane. His most recent win was in the AdventHealth 400 at Kansas earlier this season when he absolutely dominated, leading a race-high of 116 of 267 total laps with an incredible Jordan Brand paint scheme to go with it. “Next year my contributions to racing may look a little different, but I will continue to give my best to this sport. And, if I’m cleared, maybe you’ll see me at select races,” Busch added on Twitter. "(function() {var sc = document.createElement(\"script\"), scCnter = document.getElementById(\"container-sdp-voltax-player-01evcfkb10bw5a3nky-2271\"), done = false;sc.src = mm_video_data.endpointUrl + \"\/01evcfkb10bw5a3nky.js\";sc.onload = sc.onreadystatechange = function() {if(!done && (!this.readyState || this.readyState == \"loaded\" || this.readyState == \"complete\")) {sdpVoltax[\"01evcfkb10bw5a3nky-2271\"].initializePlayer( {\"id\":\"01fyf4a279c05ey5wnwx\",\"playlist_id\":\"\",\"player_id\":\"01evcfkb10bw5a3nky\",\"type\":\"video\",\"image\":\"https:\\\/\\\/images2.minutemediacdn.com\\\/image\\\/upload\\\/video\\\/thumbnail\\\/mmplus\\\/01fyf4a279c05ey5wnwx\\\/01fyf4a279c05ey5wnwx-0fd7f217e80d23e7ca39f9928e5962b7.jpg\",\"container_id\":\"01evcfkb10bw5a3nky-2271\"});done = true; sc.onload = sc.onreadystatechange = null; }};scCnter.appendChild(sc);})();"var sdpVoltax = window.sdpVoltax || []; sdpVoltax["01evcfkb10bw5a3nky-2271"] = sdpVoltaxPlayerHandler().start("01evcfkb10bw5a3nky-2271"); List NASCAR playoff picture: Which drivers enter the next playoff round already playing catch-up? View 4 items Gallery Every NASCAR Cup Series playoff champion through the years View 18 photos