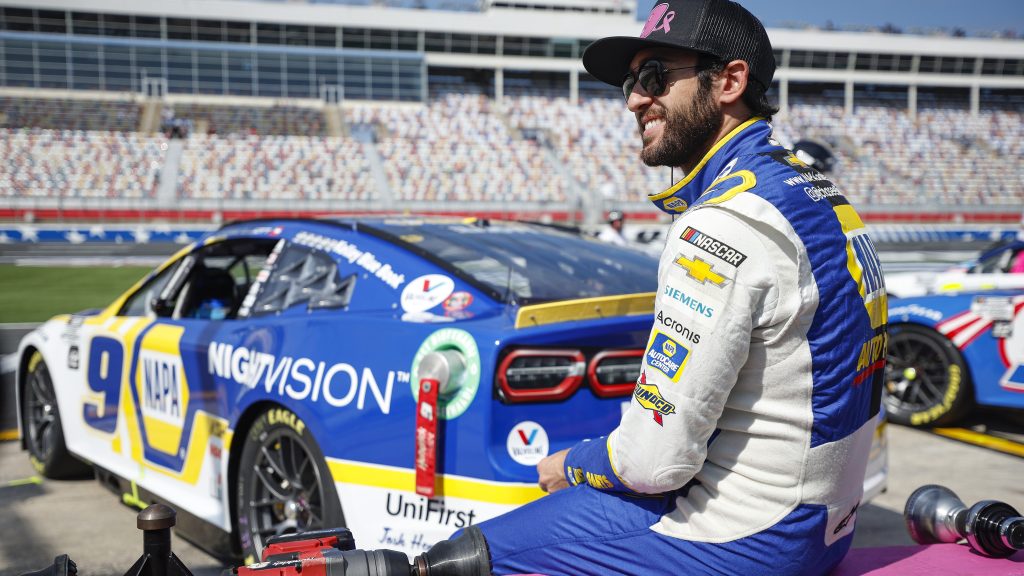 The NASCAR Cup Series playoffs are now down to just eight remaining drivers competing for the 2022 championship at Phoenix Raceway in November. The playoffs began with 16 drivers, and after three races, the bottom four (Kevin Harvick, Austin Dillon, Kyle Busch and Tyler Reddick) were eliminated. And after the Round of 12 ended last weekend at Charlotte Motor Speedway’s Roval with Christopher Bell taking the checkered flag, four more drivers (Kyle Larson, Daniel Suárez, Austin Cindric and Alex Bowman) were cut from the playoff field. So now, we’ve got eight left: Chase Elliott, Joey Logano, Ross Chastain, William Byron, Ryan Blaney, Denny Hamlin and Chase Briscoe, along with Bell. NASCAR playoffs guide 2022: Everything you need to know about the postseason format They’ll compete in the next three races at Las Vegas Motor Speedway, Homestead-Miami Speedway and Martinsville Speedway. And after the third race, the Championship 4 drivers will be determined, and they’ll compete one last time in 2022 to win it all. So ahead of the start of the Round of 8 in the NASCAR playoffs, here’s a look at the latest odds for each of them to win the championship in November, according to Tipico Sportsbook as of Friday, as well as their previous 2022 finishes at Las Vegas and Martinsville (Homestead is only in the playoffs). [tipico]