NASCAR playoff picture: Which drivers enter the next playoff round already playing catch-up? 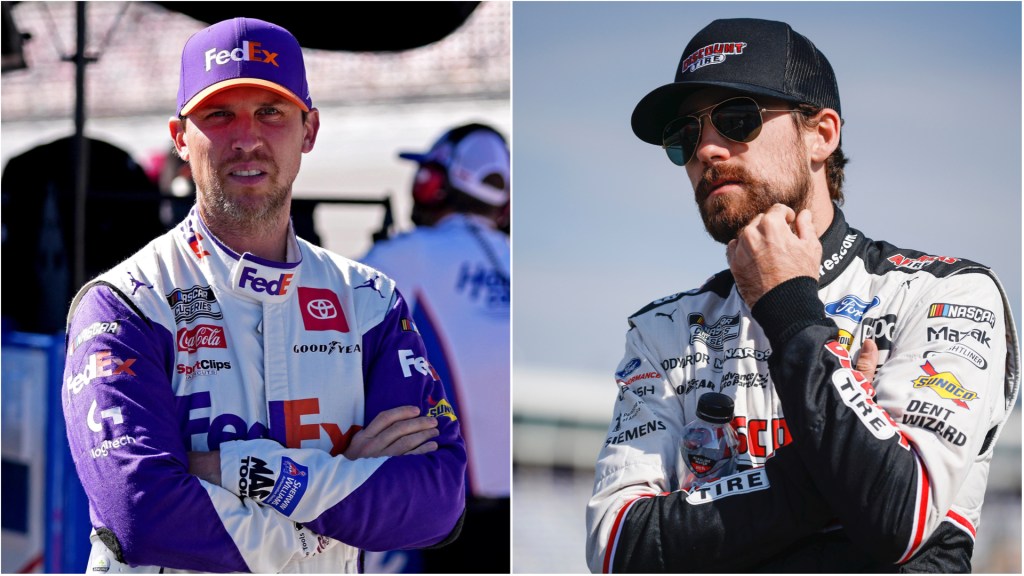 Christopher Bell took the checkered flag Sunday in the thrilling Bank of America Roval 400 at Charlotte Motor Speedway and automatically locked himself into the next round of the NASCAR Cup Series playoffs. And, in a stunning turn of events, defending champ Kyle Larson was one of four drivers knocked out. Ahead of the second elimination race of the postseason, Bell was 11th in the playoff standings and needed a win to guarantee his advancement out of the Round of 12 and into the Round of 8. But he and his No. 20 Joe Gibbs Racing Toyota team dug deep and pulled off the victory. It came down to the final lap! @CBellRacing and @ChaseBriscoe_14 advance in the #NASCARPlayoffs! pic.twitter.com/70t3sjwXLg — NASCAR (@NASCAR) October 9, 2022 The playoffs began with 16 drivers, and the first four were eliminated after the opening three races. Three more races later at the end of the Round of 12, the top-8 drivers moved on as the remaining championship contenders, surviving the most unpredictable and chaotic stretch of the playoffs after races at Texas Motor Speedway and Talladega Superspeedway. Larson, who entered Sunday’s race sixth in the playoff standings, was among the four eliminated. On Lap 99 of 109 scheduled, Larson was forced to pit with a suspension problem following contact with the wall, and although he was able to continue, chaos ensued at the end of the race and he dropped below the cutoff line. The contact that changed everything for @KyleLarsonRacin. #NASCARPlayoffs pic.twitter.com/VXHkcew2rw — NASCAR (@NASCAR) October 9, 2022 Along with Larson, Daniel Suárez, Austin Cindric and Alex Bowman were dropped from the playoffs. Going into Sunday’s playoff elimination race, Chase Elliott was the only playoff driver locked into the Round of 8 after he won last weekend at Talladega. With more parity in the sport this year, non-playoff drivers — those who either didn’t qualify or who were already eliminated — have dominated the postseason’s events, winning the first four playoff races. The opening Round of 16 was the first time a NASCAR Cup Series playoff round was swept by non-playoff drivers, per NBC Sports. And Elliott’s Talladega win was the first victory by a remaining title contender with Bell’s being the second. Ahead of the Round of 8, here’s a breakdown of the current NASCAR Cup Series playoff picture after the second elimination race and what’s to come.