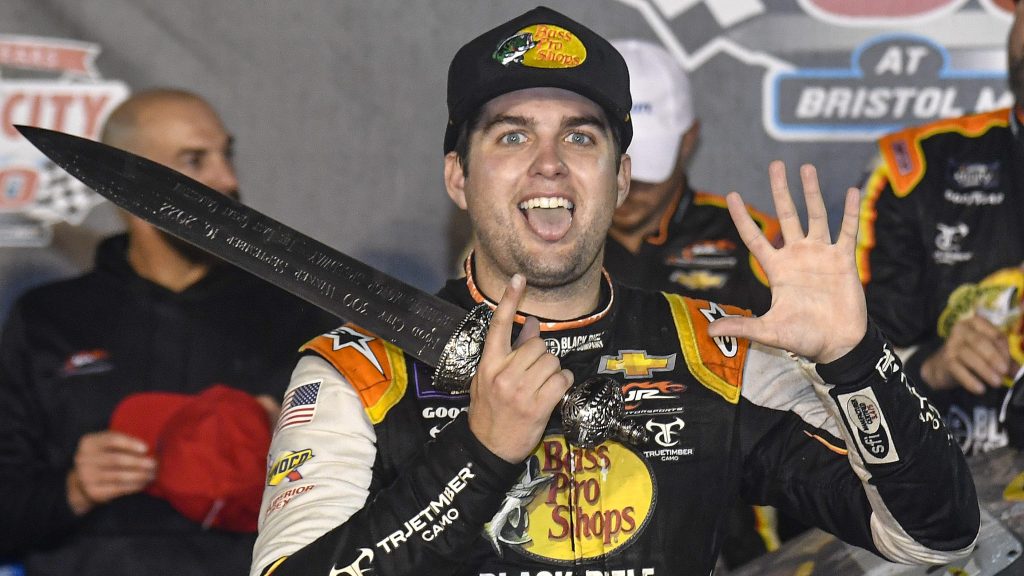 NASCAR driver Noah Gragson is on a roll headed into the Xfinity Series playoffs, winning his third consecutive race Friday night at Bristol Motor Speedway. And he celebrated with his own flair just like any NASCAR fan would expect him to. Gragson has now swept the month of September so far in the second-tier NASCAR series after also winning at Darlington Raceway and Kansas Speedway. And after his checkered flag at Bristol, he went big with his celebration, continuing his many victorious traditions like shotgunning beer and climbing up the catchfence with his team (and briefly getting a tad sick). But because he won at the Tennessee short track nicknamed “The Last Great Colosseum,” there was a huge gladiator sword involved too. Here’s a look at Gragson’s celebratory moments.