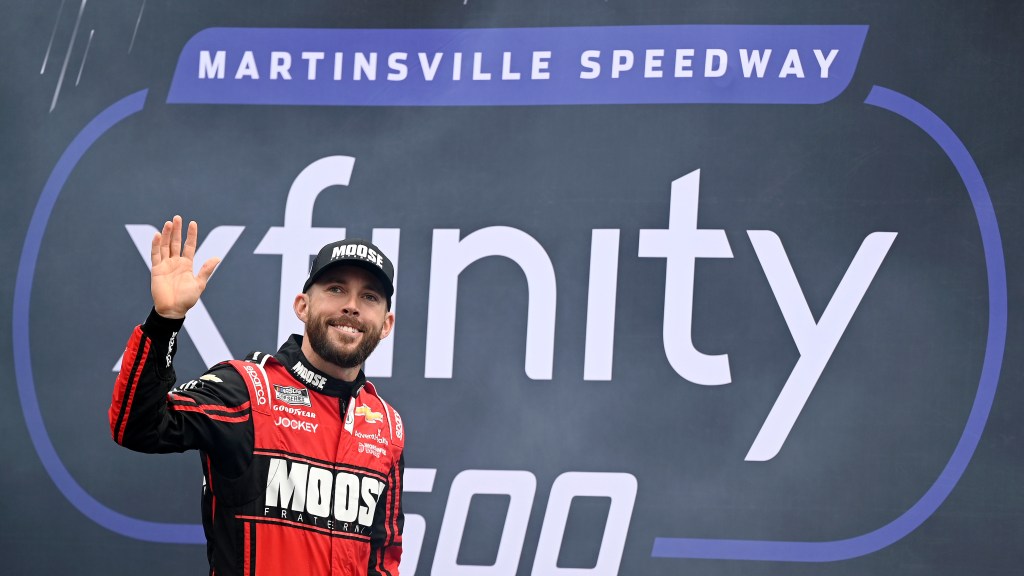 Ross Chastain pulled off the unthinkable at Martinsville Speedway on Sunday when he hugged the wall and slingshot his car around the top lane of the 0.526-mile short track to pass five cars in a handful of seconds. Sports fans everywhere were in absolute awe by Chastain’s video game move, which advanced him to NASCAR’s championship race Sunday at Phoenix Raceway. “My brain could not comprehend, my bandwidth was shot,” Chastain said in his post-race press conference. “When I entered Turn 3 and I grabbed fifth gear, everything went blurry.” Not only was Chastain’s last lap faster than the Kyle Larson’s top qualifying time, but it also broke the 75-year-old track’s record for the fastest lap in a stock car at 18.845 seconds. And, as the Associated Press noted, “he was hurtling at between 50 and 70 mph faster than the cars he was sailing past as the wall guided him.” UNBELIEVABLE!@RossChastain floors it along the wall to go from 10th to 5th and advance to the CHAMPIONSHIP! #NASCARPlayoffs pic.twitter.com/9qX3eq7T6h — NASCAR on NBC (@NASCARonNBC) October 30, 2022 To be honest, we still can’t really comprehend how he did it either, and perhaps the No. 1 Trackhouse Racing Chevrolet driver feels similarly, even if he executed the move perfectly. “I have questions; how did that work?” Chastain joked in his post-race press conference. Same. So we asked a physicist to break it down. Dr. Diandra Leslie-Pelecky is a former physics professor with a bachelor’s degree and Ph.D on the subject. She also has a penchant for motor sports — using NASCAR to promote science education and working as a contributor for NBC Sports — and wrote the 2008 book, The Physics of NASCAR. And she explained how and why Chastain’s move worked with a perfect analogy. This interview has been condensed and edited for clarity.