Q&A: Will Power on winning 2nd IndyCar championship 8 years apart: 'You never stop working at it' 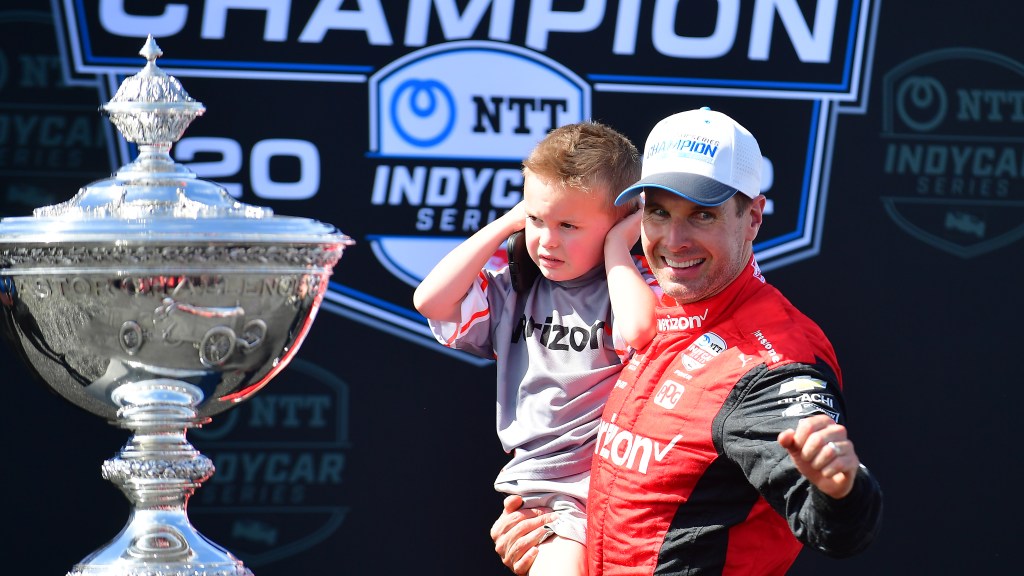 Will Power ended his eight-year IndyCar Series championship drought Sunday at the Grand Prix of Monterey at WeatherTech Raceway Laguna Seca, finishing the race third and winning his second career title in a remarkably consistent season. So consistent, in fact, that he finished on the podium nine times, had a series-high of five poles — and broke his tie with racing legend Mario Andretti for the all-time most at 68 — but won just a single race. “I think we could have won more races,” Power told For The Win. “But I had the most podiums I’ve ever had in season. To have nine podiums is crazy. That’s more than 50 percent of the races you’re finishing on the podiums.” The driver of the No. 12 Team Penske Chevrolet entered the season finale with a 20-point lead over teammate Josef Newgarden and Chip Ganassi Racing’s Scott Dixon and a sizable advantage over Ganassi’s Marcus Ericsson, the 2022 Indianapolis 500 winner, and Penske’s Scott McLaughlin. Power, a 41-year-old driver from Australia, didn’t need to win the last race to claim the championship; a third-place finish clinched it regardless of how the others performed Sunday. After his second championship, Power spoke with For The Win about his victorious season, the challenges of a long title drought and the incredible weight of IndyCar’s gigantic trophy. This interview has been condensed and edited for clarity.