Ross Chastain’s epic Martinsville move was actually out of a video game: I ‘played a lot of NASCAR 2005’ 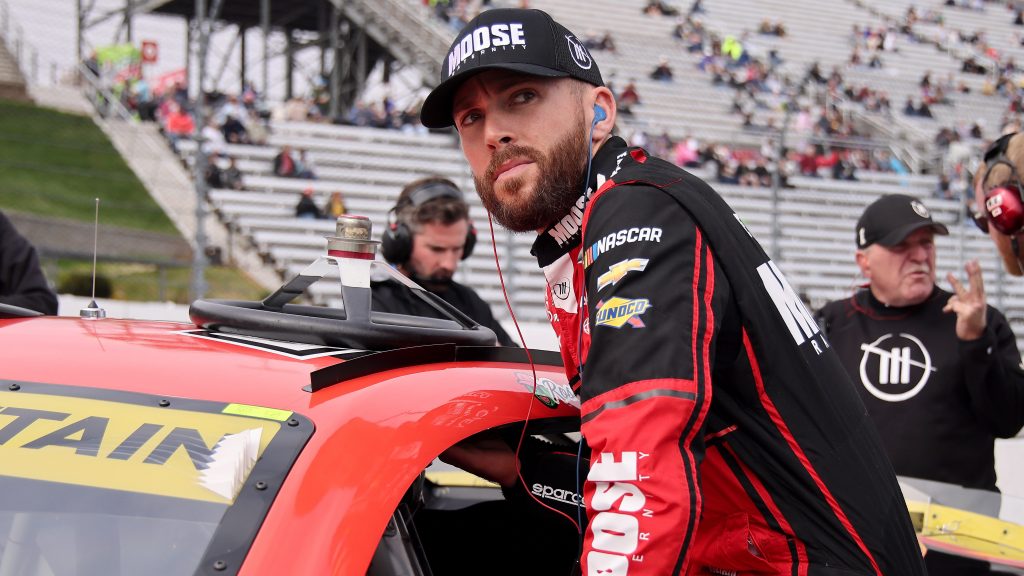 Ross Chastain pulled off the seemingly impossible Sunday at Martinsville Speedway when he rode the outside wall hard on the last lap to steal the final Championship 4 spot. Even he admitted he didn’t know if it would work. But it did, and the No. 1 Trackhouse Racing Chevrolet driver had NASCAR fans absolutely stunned by it. Sunday’s Martinsville race was the last one in the Round of 8 and the penultimate race of the season before next weekend’s championship at Phoenix Raceway. The playoff field was about to be cut from eight to four drivers, and Chastain clearly didn’t want to take any chances in not making it. So on the last lap at the 0.526-mile short track, Chastain shot around the outside wall, avoiding traffic and barely edging out Denny Hamlin, another playoff driver, for the last remaining Championship 4 spot, behind Martinsville winner Christopher Bell, Joey Logano and Chase Elliott. UNBELIEVABLE!@RossChastain floors it along the wall to go from 10th to 5th and advance to the CHAMPIONSHIP! #NASCARPlayoffs pic.twitter.com/9qX3eq7T6h — NASCAR on NBC (@NASCARonNBC) October 30, 2022 Just a legendary move to advance to the title race, and, as the broadcast repeatedly noted, that video is in real time and not sped up. It looked like something out of a video game, and, as it turns out, it kind of was. "Played a lot of NASCAR 2005 on the GameCube."@RossChastain explained his video-game move. #NASCAR pic.twitter.com/4jkF6BzAgk — NASCAR on NBC (@NASCARonNBC) October 30, 2022 Chastain said he previously thought about the plausibility of that move, and when NBC Sports asked him afterward how he came up with it and made it work, the driver said: “Oh, played a lot of NASCAR 2005 on the GameCube with Chad [his brother] growing up, and you can get away with it. I never knew if it would actually work. I mean, I did that when I was eight years old. “I grabbed fifth gear, asked off of [Turn] 2 on the last lap if we needed it, and we did. I couldn’t tell who was leading. And I just made the choice, grabbed fifth gear down the back and full committed. Once I got against the wall, I basically let go of the wheel, just hoping I didn’t catch the turn four access gate or something crazy. But I was willing to do it.” Here’s another look at Chastain’s video game move from his perspective. It’s just as nuts: THE MOVE THAT SENDS ROSS CHASTAIN TO THE #CHAMPIONSHIP4! pic.twitter.com/67Ku712XZf — NASCAR (@NASCAR) October 30, 2022 Chastain will now compete against Bell, Logano and Elliott for the NASCAR Cup Series championship next Sunday at Phoenix Raceway in the season finale. "(function() {var sc = document.createElement(\"script\"), scCnter = document.getElementById(\"container-sdp-voltax-player-01evcfkb10bw5a3nky-5425\"), done = false;sc.src = mm_video_data.endpointUrl + \"\/01evcfkb10bw5a3nky.js\";sc.onload = sc.onreadystatechange = function() {if(!done && (!this.readyState || this.readyState == \"loaded\" || this.readyState == \"complete\")) {sdpVoltax[\"01evcfkb10bw5a3nky-5425\"].initializePlayer( {\"id\":\"01g86s677stj83ree0fe\",\"playlist_id\":\"\",\"player_id\":\"01evcfkb10bw5a3nky\",\"type\":\"video\",\"image\":\"https:\\\/\\\/images2.minutemediacdn.com\\\/image\\\/upload\\\/video\\\/thumbnail\\\/mmplus\\\/01g86s677stj83ree0fe\\\/01g86s677stj83ree0fe-3258eedeff4d945fe6b5f8f1041a28a9.jpg\",\"container_id\":\"01evcfkb10bw5a3nky-5425\"});done = true; sc.onload = sc.onreadystatechange = null; }};scCnter.appendChild(sc);})();"var sdpVoltax = window.sdpVoltax || []; sdpVoltax["01evcfkb10bw5a3nky-5425"] = sdpVoltaxPlayerHandler().start("01evcfkb10bw5a3nky-5425"); List Ross Chastain pulled off a brilliant video game move to advance to NASCAR’s title race, and fans were stunned View 5 items Gallery Every NASCAR Cup Series playoff champion through the years View 18 photos