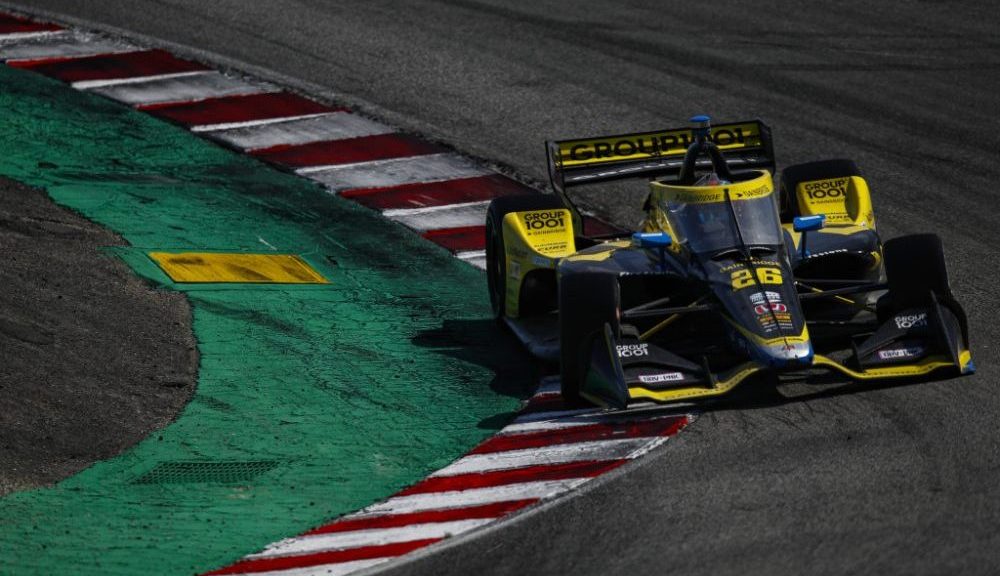 Andretti Autosport has confirmed its lead driver Colton Herta will remain with the team through the 2027 season along with sponsor Gainbridge. As RACER revealed earlier in the month, Herta was signed to a new multi-year contract with a focus on continuing in the NTT IndyCar Series where he’ll have Romain Grosjean and sophomore drivers Devlin DeFrancesco and Kyle Kirkwood as his teammates in 2023. “I’m super happy and grateful for everything the entire Andretti and Gainbridge teams have done for me,” said Herta. “This is a huge step for me professionally and I’m so glad it can be with a top team like Andretti Autosport. We have big goals and a lot of work ahead of us, but I can’t be happier to do it with this team and represent Gainbridge!” RACER understands the new deal will keep Herta, who turns 23 in March, in IndyCar through 2024, at a minimum. It’s widely understood the Californian’s previous contract contained language that would allow for an unrestricted move to Formula 1 while the new contract is said to prevent such a move until 2025. With Andretti Autosport’s grand ambitions to grow its empire, securing Herta in a long-term deal is said to have been the company’s top priority among drivers. Entering the new season, the seven-time race winner serves as the team’s only driver to have reached IndyCar’s victory lane. “We’re really pleased to confirm that Colton and Gainbridge will remain with Andretti Autosport for years to come,” said Michael Andretti. “Colton is a true talent in a race car and has natural determination that makes him want to win. He’s a strong competitor and a good teammate. I’m looking forward to seeing what Colton and Andretti can continue to achieve together.” RACER also understands Herta’s new contract moves him to the top of the IndyCar the grid with a rumored annual salary that’s double the figure of the next-highest earner. “We’ve been really proud to represent Gainbridge, and to have given them their first racing victory with Colton in 2020 – and four more since,” Andretti added. “On and off the track we share a commitment to compete at the top level and look forward to seeing Colton return to victory lane in the yellow and black Gainbridge colors.”