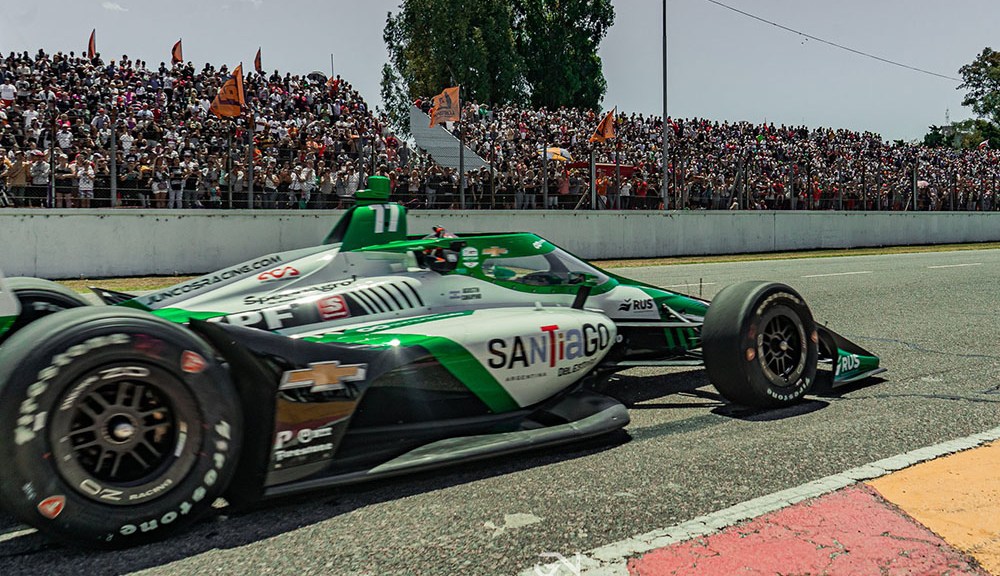 Agustin Canapino and the Juncos Hollinger Racing team are in the middle of their five-day promotional tour in their native Argentina, where the four-time Turismo Carretera touring car champion and the NTT IndyCar Series team spent last weekend lapping the former site of the Argentinian Formula 1 Grand Prix Using portions of the main outer loop and infield sections, Canapino toured the Autodromo Oscar y Juan Galvez in Buenos Aires front of an enthusiastic crowd in the No. 77 Chevy. The closing stage of the tour, which hopes to create a spark for the IndyCar Series to race in Argentina for the first time since 1971, will see Canapino turn laps at the Circuit of Termas de Rio Hondo in Santiago del Estero.