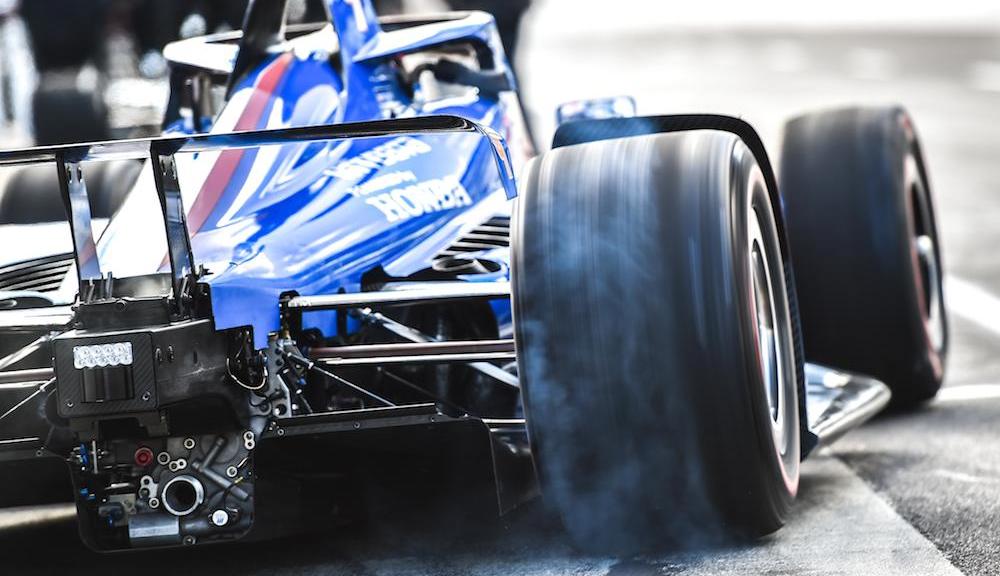 The NTT IndyCar Series broke new ground this week with the successful completion of its first 2024 hybrid engine package track test. The Wednesday-Thursday session was conducted on the Indianapolis Motor Speedway road course. The two-day outing was first with the full energy recovery system made by MAHLE installed in Honda’s test car, which features a new and more powerful up-stroked 2.4-liter twin-turbo V6 internal combustion engine manufactured by Honda Performance Development. The test follows a late March run on the IMS road course where Chevrolet and Honda debuted their 2.4L engines minus the ERS units, which weren’t ready for on-track activities. Introduced in 2012, IndyCar’s current 2.2-liter twin-turbo V6 formula generates a peak of 750hp or so when push-to-pass boost is applied. Once the new powertrain is fully developed and pressed into service in 2024, the ICE+ERS package is meant to deliver approximately 900hp when full hybrid power is deployed. RACER understands HPD was the only engine supplier at the test. In addition to being the first manufacturer to run with the supercapacitor-based MAHLE ERS design installed between the engine and transmission, the car is also said to have made use of the unique braking system that will be standard in 2024. With the MAHLE system capable of harvesting and deploying an estimated 100hp it gathers from the rear wheels under braking, Honda’s Dallara DW12 also had the steering wheel-mounted energy regeneration paddle — the “fiddle brake” as it’s been called in other series — installed for testing. Although the majority of supercapacitor charging comes from hard braking when the motor generator unit is engaged, drivers have another method to perform energy harvesting between big braking events by using their fingers to pull on the regeneration paddle affixed to the back of the steering wheel. Squeezing the paddle drags the brakes and activates the MGU, which helps the fast-charging supercapacitor to stockpile smaller amounts of electronic horsepower to send back through the transmission when the P2P button is pressed. Like Honda’s 2.4L TTV6 and MAHLE’s ERS system, the new braking system performed without any issues. The IMS hybrid test is an encouraging development for the series after discussions with IndyCar towards the end of the season shifted expectations for the first run with the full hybrid system to take place early in the new year. Based on the success of the hybrid package’s debut, another test — possibly in the middle of December at Sebring — is under discussion.