'I definitely gave up some wins just for consistency' - Power 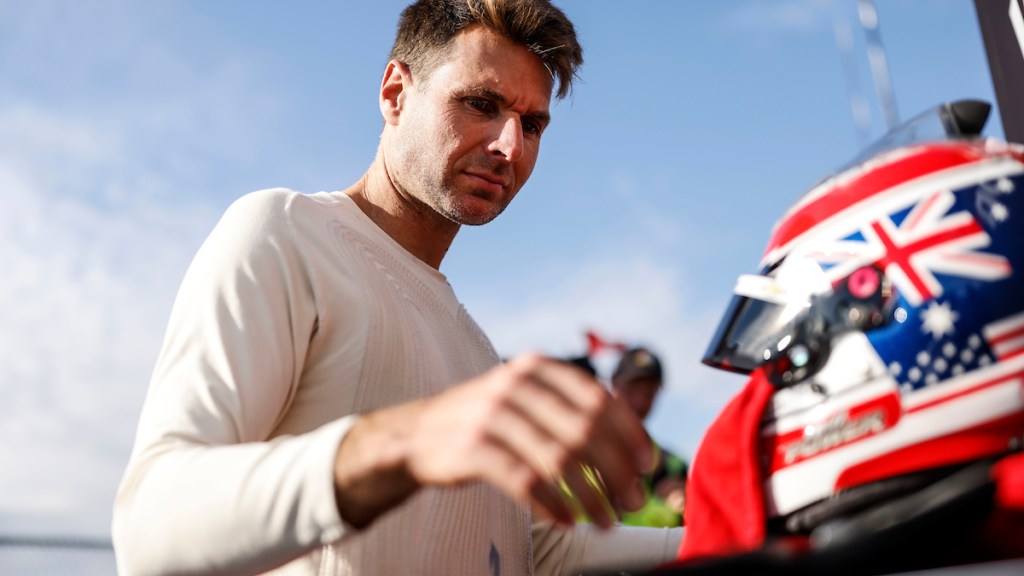 Will Power played the self-described “long game” in the 2022 NTT IndyCar Series season, and it paid off at Laguna Seca on Sunday when he joined the ranks of two-time champions. “I definitely gave up some wins just for consistency,” said Power, who claimed his solitary victory of the season at Detroit. “I definitely could have attacked harder when I was on really good tires. I know the races – St. Pete was won on the restart. I actually just underdrove like you wouldn’t believe to make sure that I finished that stint in a good position. I could have easily attacked and passed McLaughlin. Instead, I actually lost a position on reds. “The other one was Mid-Ohio — restart on reds and just attack here or I can end up…I think I’ll take third. Same with the second race at Iowa. I’ll take second. Make sure the tires last, make sure I finish second. There’s definitely some wins left on the table if you were going for that. “But I’ve said it from the beginning of the year, I’m playing the long game. I’ve never done that, and I’m doing it this year. I don’t really care about the wins; I just want to win another championship, and I played that game. Maybe I’ll go out next year and try to win races.” Power was able to make the approach work with a season built upon a remarkable foundation of consistency. In the 17 races, he only finished outside the top four five times, and one of those, a sixth at Gateway, could very possibly have been a win were it not for a strategy misstep. His worst result was a 19th at Road America. “Looking back from a championship perspective, every time you get a podium, that’s not the day you’re looking back on it,” Power said. “You’re looking back on the day you finished 19th, like at Road America. They’re the days that lose championships. Top threes don’t. We got a lot of them this year. “Anytime I got a top four, I was pretty happy. But in the past I would have been really off. When your teammates are winning, that was a big change. It’s like, I don’t care. I’m going to weather their storm while they’re having a good run. That in itself was a mental change. It’s like, I’m not getting off with a top four, where before I would have been, just after the race, just seething.” Power sealed the title with a third place behind Alex Palou and Josef Newgarden on Sunday. Both drivers passed him with on-track moves – Palou shortly after the first stops; Newgarden at the Corkscrew later on – and he also found himself needing to manage a gap to the pursuing Romain Grosjean. But the only moment of real concern was sparked not by the fact that title rival and teammate Newgarden had driven around him relatively easily, but the rate at which the No. 2 cleared off immediately afterwards. “That was the nerves coming in, because Josef and I were on the same tires and he pulled a 12s gap, which just blew my mind,” Power said. “Then the next set of tires, suddenly I was actually quicker than him. It was a bit confusing to me because I just figured he was on reds, but he wasn’t. “The car was actually really good in the last stint. We just went back to last year’s setup with a little bit of a change. It was tough, man. Those two black stints — I just touched the throttle and the thing was sliding. It was really on top of the road. I took some front wing out in that second stint, then you just didn’t have front and you didn’t have rear, but as the stint went on, it got a bit better. But then the last stint, the car came on. We put the front wing back in. It was interesting. I was surprised how much better the tire was in the last stint for me.”