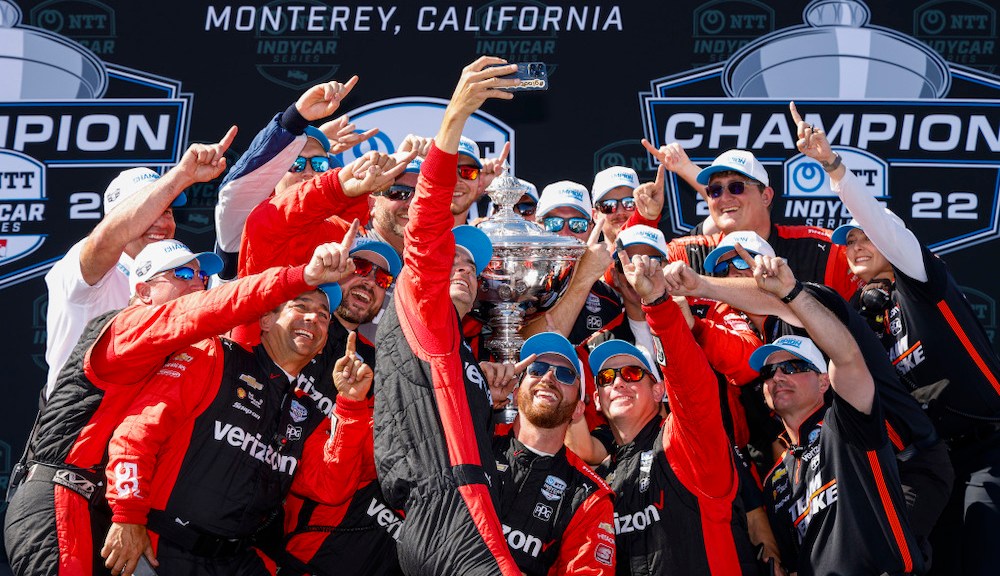 A couple of longstanding relationships are at the core of Will Power’s latest NTT IndyCar Series championship. On his Team Penske timing stand, race engineer David Faustino’s been part of the Australian’s journey since his Champ Car days with KV Racing and was instrumental in capturing their first IndyCar crown in 2014. On pit lane, Trevor Lacasse has gone from being a rookie IndyCar mechanic on Power’s car in 2010 to his title-winning crew chief in his first season as the mechanical leader on the  No. 12 Chevy. In Faustino, Power has developed a partnership that’s incredibly rare. Few pairings like theirs last beyond five years as most drivers and race engineers stop hearing each other or run out of ideas on how to find more speed and reach a point where change is inevitable. “We actually worked better this year together than ever,” Power tells RACER. “We really did, and I think he’s seen me mature. Think about it, he’s been with me since ’07. I think he’s probably seen a slow progression of maturity, and this year he’s seen the absolute top level of that. You cannot beat experience. Every scenario that can happen to you to make the race go wrong has happened to me, and him, and at this stage, you just know the game so well and you play off that experience.” Power had the potential to win a few championships before and after his lone title in 2014, but he often lacked the measured approach required to amass the points necessary to get the job done. From Faustino’s perspective, his driver didn’t channel their 2014 season to clinch the 2022 championship. This was a new and better version of Power who stood on the podium nine times — more than any other driver — to demonstrate how far he’s progressed from the fast but inconsistent years that left him just shy of reaching his ultimate goal. “These last eight years, the competition has been insane, fierce, and I feel like we missed out on a lot of championships in the first five years together here in IndyCar with a lot of seconds,” Faustino says. “And then to win one in this era is just amazing. It takes consistency, and there’s so many drivers that can win on any given weekend that it is really special right now. The consistency is the difference, it really is. We gave away a lot of championships, and to get another one now, it’s very satisfying.” Finishing second, third, fourth, or fifth in the drivers’ standings became routine for Power. Faustino was pleased to see his friend evolve and shed the need to conquer every race as he entered the new season. “I’d say ‘measured risk’ is the difference,” he says. “Will measured risk a lot more this year, and that was good. And, you know, I think there are a couple of times here he could have taken risks to win and we were questioning whether or not that was going to be the best thing, but obviously it turned out to be alright.” Where the diminutive Faustino practices his craft well hidden behind a bank of computers and TV monitors, the burly Lacasse is hard to miss, leading the No. 12 crew with a smile and soft touch that belies his size. He’s a classic Team Penske success story, having joined the team in 2006 with its factory Porsche RS Spyder LMP2 sports car program in the American Le Mans Series before being promoted up the ranks through its various IndyCar entries. Funnily enough, Lacasse’s chance to lead the No. 12 crew involves a connection to where it all began for him as Joel Svensson, Power’s crew chief from 2021, was redirected to the new Porsche Penske Motorsports IMSA GTP program to serve as its team manager. With Svensson’s promotion, Lacasse got his shot and was hailed for bringing a level of togetherness within the crew that was key to making his driver a two-time champion. “I’ve had a few different crew chiefs, but I would say that he is the most positive, light-hearted guy I’ve had,” Power said. “And very nurturing with the guys and I think everyone’s happy on the crew. I’ve had crew chiefs that are really tough on the guys, but Trev’s just a great guy, great human and very good at his job. And he keeps everyone calm, including me.” Under Lacasse’s watch, the No. 12 crew were the team to beat on pit lane as their pit stops were the standard for excellence throughout the season. Along with Lacasse handling the outside front tire, Trey Williams (inside front), Adam Jarus (outside rear), and Doug Snyder (inside rear), Blaine Hardy (air jack), Eric Crabtree (fueler), Andy Greer (tearoff), Charles Crews (spotter), and Faustino, Merritt Blackburn (assistant engineer) and Ron Ruzewski (strategy) on the stand, Power’s tight-knit crew delivered big across 17 races and countless pit stops. “And they were the quickest on pit lane, I believe,” Power says. “They’re all good friends of mine and that’s impressive.” If stopping to eat ice cream with Roger Penske on Saturday after Power set the all-time record for IndyCar pole positions was fun, Lacasse was nearly speechless on Sunday when he bear-hugged everyone in sight after Power crossed the finish line. Sixteen years in the making, one of the sport’s good guys became a champion IndyCar crew chief. “The homecoming this year, coming back to work with Will, it’s been absolutely incredible,” Lacasse says. “The gap of time that we have between his last championship and this one is amazing, and this one as my first as a crew chief here, it’s unbelievable. It’s possible because of all the people we’ve got here, and that’s what makes this so special for us. We had a great time together this year. And if you can go to work and have a great time, you can win races and win championships. This is pretty cool.”