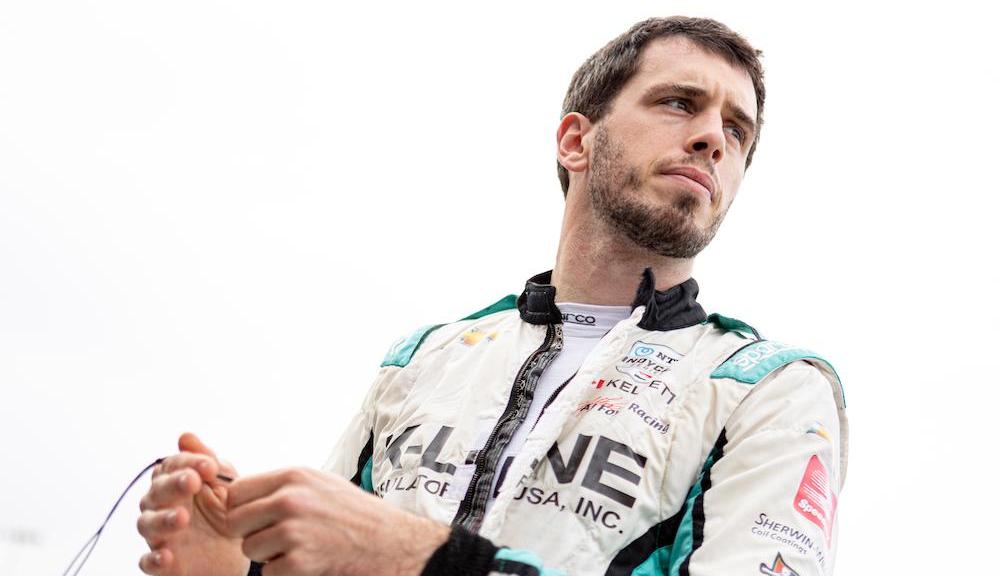 Dalton Kellett would like to return to A.J. Foyt Racing next year and hopes the proud team can rediscover its better days. Coming off its worst season in decades where Kellett finished last in the championship in his No. 4 Chevy and Indy Lights champion Kyle Kirkwood placed next-to-last in in the No. 14 entry, the outfit is ripe for an overhaul. New multi-year signing Benjamin Pedersen and his family are expected to bring increased resources to the team to assist with a turnaround, and if upgrades can be attached to Kellett’s program, the 29-year-old Canadian says he’d welcome staying for a fourth season. “From my end, we’re continuing to talk with Larry about the opportunities there and we’ve been talking throughout the season, really since the last third of the year, trying to put the right kind of program together for next year,” Kellett told RACER. “It’s no secret that across the board we didn’t have the year that the 4 team wanted, or the 14 was looking for. So we want to try to make it better. That’s where I’m at. If it looks like we can put the right deal together, with the right partners, engineers, mechanics, whatever, to where there’s some positive growth, I think that would be a fun thing to be part of.” The Foyt team is known to hold an interest in placing Santino Ferrucci alongside Pedersen if the budget can be found which, if it comes to fruition, could jeopardize Kellett’s place on the IndyCar grid. Although Kellett’s spoken with other teams, he says a full-time return with Foyt – rather than a diversion to IMSA, where he owns three LMP2 wins – is where his interest lies. “When it comes to driving, I’m probably a little more myopic with an open-wheel focus,” he said. “I’ve done some IMSA in the past in a prototype and that was great. And that’s something that as I get older, I really want to do Daytona and Sebring some of the bigger endurance races, but I don’t think I would target a full season deal at any point there outside of an IndyCar deal. IndyCar is where I want to stay. “But I’ve actually never done a proper GT race, so I would actually really enjoy just even trying one. But from the within the IndyCar paddock, we’ve had a couple of conversations outside of Foyt, but the market’s pretty tight and Foyt is definitely the target within IndyCar.” As the only IndyCar driver with a degree in engineering physics, earned at Canada’s Queen’s University of Kingston, Kellett brings more to the sport than an ability to drive race cars. Whether it’s working within the family business or migrating to the team side on pit lane, Kellett is trying to plan for 2023 while also looking a few years down the road where he and his bride-to-be Nicole might find themselves in a post-driving world. “I’m in a unique position with my engineering background, and outside of racing, I’ve always had the plan for a second career,” he said. “So that’s also a piece of the puzzle of when and where does that fit into things and when that transition happens. “I’ve always wanted to call a race, and I feel like that would be a fun thing to do. The strategy side, it’s really exciting being on the other side of it. But in the end, whenever I do stop driving, racing is obviously a big passion and a huge part of my life. And it’s a great business development tool. So there’s other goals I have in racing outside of just driving. But I’m not at that point yet.”