Lundgaard raises game and wins IndyCar Rookie of the Year 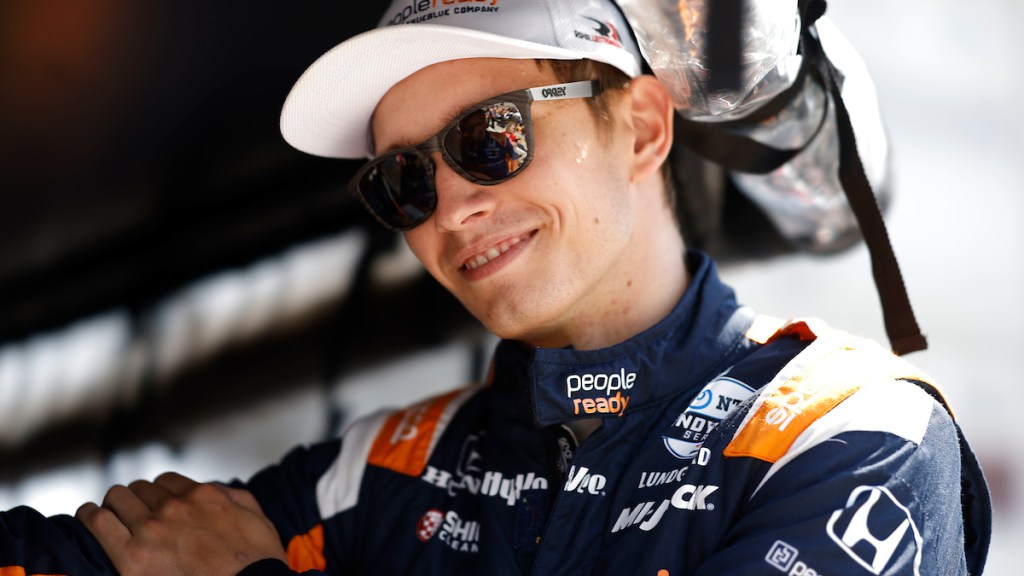 For Christian Lundgaard, the 2022 Rookie of the Year crown is the perfect exclamation mark at the end of a season that started on a frustrating note, but became increasingly encouraging as time went on. “I think this race today might have been one of the better races we’ve had all year,” said the driver of the No. 30 Rahal Letterman Lanigan Honda after finishing fifth at Laguna Seca. “We weren’t really competitive all weekend. We were sort of there, but not really there. We didn’t qualify well enough. We were good on the blacks, but as soon as we put the reds on there was just no pace. “We did the job today, and I’m just happy that the team gave me the opportunity to be here and achieve this. I’m grateful for Bobby . Thank you for giving me this opportunity and keeping me. I’m happy about that. Now I’ve got another championship to win, but you only get one shot at the rookie championship, so getting it was a big achievement for me.” Lundgaard made a strong impression last season when he joined RLL for a one-off on the IMS road course and qualified the car fourth, and Rahal said that early promise carried through to his rookie season this year. “It’s been a tough year for us,” he said. “The first third or half of the year, very spotty. We did not give our drivers the cars that they deserved to have. “Having said that, everybody pulled themselves together and kind of figured it out. I mean, it was tough; it was tough. Midpoint of the season, it was tough. Everybody stayed the course, worked really hard, and we saw the improvements in the performance overall. “I’m so pleased for Christian. Every track outside of the Indy GP was a new circuit . You go to Texas — that’s an intimidating place. You go to Toronto, you go to Iowa… I mean, this young man had to learn as best he could these circuits in a very short period of time. “I’d like to think we as a team helped him, but still, when you get out there and you start going, it’s kind of like, holy smokes, this is a different place. “So I’m really pleased not just for Christian, but I’m really pleased for his team, his group. Ben Segal, his engineer who was new to us this year and new to Christian — this is kind of a beginning process, and they really, over the course of the year, grew together, and the results we see today are a reflection of that.” Chip Ganassi Racing’s Alex Palou claimed Rookie of the Year titles and the IndyCar championship in consecutive seasons, and Rahal believes the 21-year-old Dane is capable to repeating the feat. “We wouldn’t have taken our option up on him if we didn’t think ,” he said. “I think Christian is a big part of the future of RLL, and as you saw earlier this week , we’re bringing people in to help raise the game of RLL, and I think combined…there’s Christian, obviously, other new people coming in, and the whole idea, we’re here to win, and we feel that Christian can win. “I think he showed that this year. I mean, at Harvest Grand Prix, we won the race because we were the first legal car. Just saying.”