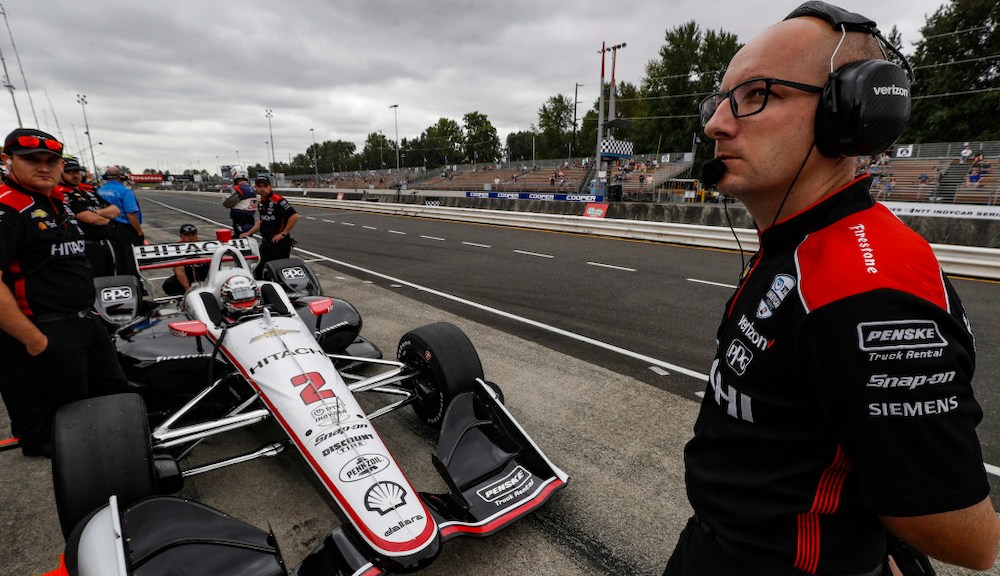 Of Josef Newgarden’s 25 NTT IndyCar Series victories, 18 were earned with Travis Ward serving as his chief mechanic and chief of the pit crew looking after his Team Penske Chevy. Their dynamic working relationship, one that included awarding the ‘Chalice of Excellence’ to the top-performing crew member after each race, met its end at the recent season finale at WeatherTech Raceway Laguna Seca as Newgarden went on to finish second in the race and second in the championship. In their five years together, the last four delivered a championship and three consecutive runner-up performances, and with the formation of the new Penske Porsche Motorsport sports car program, Law was notified of the team’s intent to move him from IndyCar’s pitlane to a new role as PPM’s competition director with the Porsche 963 GTP effort. “We started out in 2018 and we’ve had a great run,” Newgarden said. “I have a lot of love for Travis – ‘The Sheriff.’ He’s one of the best in the paddock and he’s a great leader. He was taught by the best, in my opinion, with (Scott McLaughlin’s crew chief) Matt Johnson. He really emulates him in a lot of ways. I think those two are really stellar together. It’s fun to see their relationship become what it is and I’m a huge Travis fan. “I think he’s an asset to any team in any situation and I’m really excited for him and what he’s going to the new Porsche program. It’s going to be really special and he’s going to be a big contributor to that, so I’m happy we had our time together and I was really fortunate to be able to work with him.” Newgarden was appreciative of the confidence Law and the rest of his crew provided on and off pit lane. “Things have always been rock solid, and I’ve never had any issues with Travis,” he said. “He always made sure I was covered and it’s more than just the pitstops; we’re talking a full 360-degree view. It’s a big asset to have as a driver where you can just focus on your tasks and you know that everything else that needs to be covered is covered. He was great on pitstops, and anything I ever needed was always taken care of beforehand. And he’s just the best of the best. I can’t say enough about Travis. He’s a rock star, through and through.” Law’s successor on the No. 2 Chevy will be named at a later date.