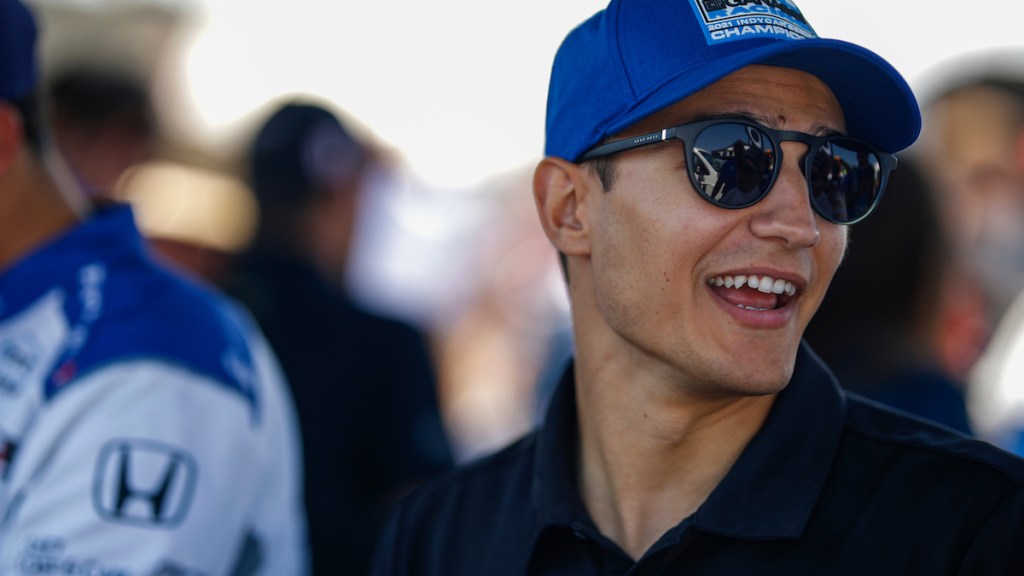 Alex Palou saved the best for last in his 2022 IndyCar season, delivering his first win of the year with a display of dominance on a scale rarely seen in the final race at Laguna Seca on Sunday. The Spaniard qualified fifth, but started 11th after being handed a six-place grid penalty following a post-qualifying engine change. He quickly surged forward in the race and cleared off completely as soon as he took the lead from Will Power early in their second stint. His eventual winning margin was just over 30s, but despite a resounding victory the driver of the No. 10 Chip Ganassi Racing Honda said he was still struggling to shake his disappointment at not being in contention to defend his 2021 title at the last round. “I wish I had that pressure of fighting for the championship and points in my mind,” he said. “I love that. I love that. I felt sad coming to this weekend. I really…when I said that going to Portland we were going to have a chance, I really thought I had a chance, and that didn’t happen. “I was really sad. I wish that I couldn’t sleep last night because I was thinking about points, but it was not like that this year, so we’ll try again next year.” While Palou had shown decent pace through the weekend, there had been little to suggest the sort of performance that allowed him to drop the field as emphatically as he did. Palou didn’t see it coming either. “For sure, I was surprised,” he said. “To be honest we were strong in the warmup, but I didn’t know if we were that strong, especially on consecutive laps. Actually, before the race and even yesterday, we had an event with NTT and Josef was there and I said that I didn’t have the pace that had on used tires. I don’t know, but everything went super well today.” Despite the strong finish, Palou said he views the season as an opportunity missed. The aim next year – wherever he’s racing – is to recapture his 2021 form. “I think we had the ability and everything we needed for more, so we didn’t really maximize the year we had,” he said. “But I knew we were going to have years like that, seasons like that. There was a bit more drama than we wanted, but I’m happy to finish here, and hopefully we can start the same way next year.”