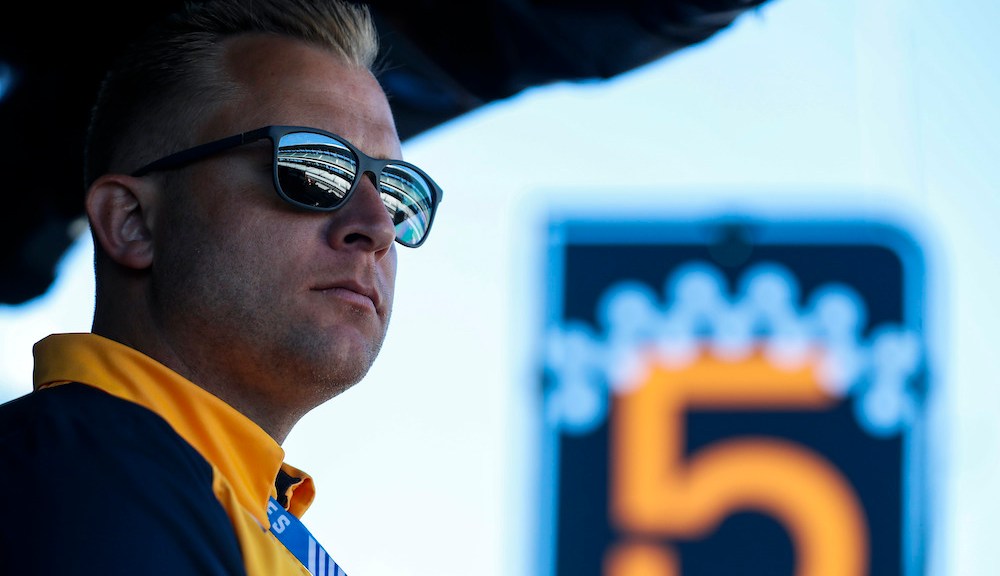 Arrow McLaren SP president Taylor Kiel has left the team. The Indiana native, who started with the team as a junior Indy Lights mechanic in 2008 and rose through the ranks to lead Sam Schmidt Motorsports — known today as AMSP — to become one of the NTT IndyCar Series’ most competitive teams, stepped away from the organization on his own volition. “Ultimately, I’ve just made the decision to step away, and there’s obviously a lot of change going on in the organization, which is good,” Kiel told RACER. “The team’s on the up, and it’s in a good place. But I’m look into exploring some other opportunities and to spend some more time with my family. All that considered, the timing is probably right for a bit of a change for me, personally, and for the team. “I’m certainly not looking at it as a bad thing, or a sad thing. Change is inevitable over time and it was the right choice for me. So whatever lies ahead, we’re looking forward, and right now, I’m just really focused on my wife and my daughter, who just turned one, and spending some good, quality time with them.” Regarded as one of the best team leaders in IndyCar, Kiel transformed the outfit from a strong midfield competitor into a team that is expected to win poles and races on a regular basis, and in the process allowed AMSP to supplant Andretti Autosport in the ‘Big 3’ as the most consistent threat to powerhouses Team Penske and Chip Ganassi Racing. Kiel leaves behind a legacy of success at AMSP and is not expected to be out of work for an extended period of time. “I think the beauty of all this is the team is positioned in a really strong place with a lot of really strong leadership throughout and great drivers,” he said. “And it’s expanding and has all kinds of good things that lie ahead for AMSP.” Kiel’s departure comes following a turbulent year where frequent off-track disruptions seemingly made as many headlines as AMSP’s on-track results. Starting with Pato O’Ward’s desire to leave the team, the young Mexican opened 2022 in poor form, admitting his battle with McLaren Racing’s leadership over his salary was a distraction before it was eventually resolved in his favor. The cost of O’Ward’s early struggles would be revealed towards the end of the season. On a similar timeline, the team also signed former Team Penske race engineer Gavin Ward as its new technical director, but faced heavy opposition from the Penske organization, which fought the signing and ultimately enforced a long non-compete clause which forced Ward to sit on the sidelines until July 1. The next round of drama from AMSP’s parent company came with the high-profile attempt to acquire Chip Ganassi Racing’s Alex Palou, which dominated AMSP’s summer and recently resulted in failure. And while the Palou situation was playing out, the team dealt with ongoing uncertainty of Felix Rosenqvist’s place within the team, which was finally confirmed last week. O’Ward, who placed fourth for AMSP on debut in 2020 and third in the championship in 2021, earned two wins but fell to seventh in this year’s standings – his lowest position to date as a full-time IndyCar driver. After enduring a torrid introduction to the team in 2021, Rosenqvist rebounded in 2022, placing eighth with two poles. A post by AMSP confirmed Kiel’s replacement will be appointed at some point in the near future and that “announcements on team management will be made in due course.”