Timing could have made 2022 very different - Newgarden 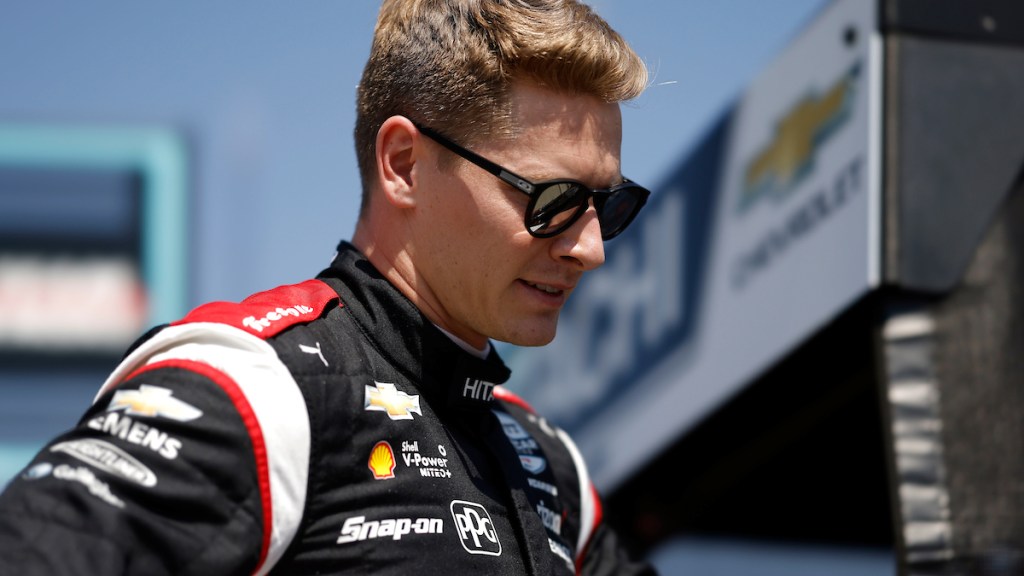 Josef Newgarden put on a show in the 2022 IndyCar season finale. Starting 25th after a rare mistake in qualifying, he made maximum use of an aggressive four-stop strategy to climb through the field to second. “We tried today, for sure,” he said. “We gave our best, as we always do. Alex was tough to catch. I think he just was incredible, particularly on the last couple stints. He did a really amazing job. It was going to be hard to get to him. “We got all the way to second, and I’m like, ‘We just need one more spot,’ but he seemed a little out of reach today, so tremendous job by them. “I’m happy we were able to fight back to where we did. It was a tough day, and we knew we had to fight. Ultimately we’ve come up short in this championship. We’ve got to be in a different position next year and fight a lot harder so that we can hopefully be in a much more favorable position coming into this weekend, and I believe we can do that. “It’s been a really tough year. It’s been good in a lot of ways, but it’s also been really negative in a lot of others. I’m excited for a reset, excited to come back next year, and I know we’ve got the team to do the job.” The Corkscrew proved to be an especially fruitful hunting ground for the No. 2 Chevy, highlighted by Newgarden passing Pato O’Ward, Felix Rosenqvist and Will Power in more or less the same spot within the space of five laps. “I was just so good off Turn 6,” he said. “ This whole weekend, just been able to get big runs on people, so it made it kind of an opportune spot to pass. I think that’s why it was one of the best places to get a pass done, was just the strength of our car in that particular corner. “It swings around this track. Some people are really good on the mid speeds, some people are extremely good off low speeds. You’ve got to play to your strengths, and our car in the mid speed was really phenomenal all weekend, so that’s why we were able to capitalize on that area.” Newgarden claimed a field-high five wins during the season – more than teammates Power and Scott McLaughlin combined – but sporadic bad weekends halted his championship momentum and left him needed to bridge a 20-point deficit to Power in the final race. The homework he’s set himself for the winter is to learn to insulate himself better against the weekends that don’t go to plan. “If I can figure out how to predict yellows, that would be a magical find in the off-season,” he said. “That’s the number one thing I want to figure out is how do you predict these things. If we had that figured out, this year would be very different. “A lot of times, that’s how it goes. It’s IndyCar racing. They’re hard to predict. Things go your way one moment and they go against you the next, and you just kind of ride the waves. But some years in particular just seem to be bad stretches, and this year was most taxing because of the roller coaster. It was — one weekend we’d be winning the race, next weekend it was going sideways for one reason or another. I wouldn’t put any negative or problem on anyone within the team. I don’t think we’re going to go into the off-season and say, hey, we’ve got to change a bunch of stuff. “It was just a really tough year timing-wise, so mentally it was a little bit of a drain because the more success you find, the more you demand perfection from each race, so the more taxing it is when it’s not going correctly. “But everyone did their job this season. I’m really proud of everybody. It’s not like we need a lot of changes. I think we called good races. We pitted the car well. It’s as reliable as you can expect. There’s always one or two things that are going to happen, but I think we have really reliable cars, so I’m not going to be demanding a lot of changes. It’s just, we need a little bit of momentum to roll our way consistently next year.”