Kay de Wolf’s time to shine in the USA! 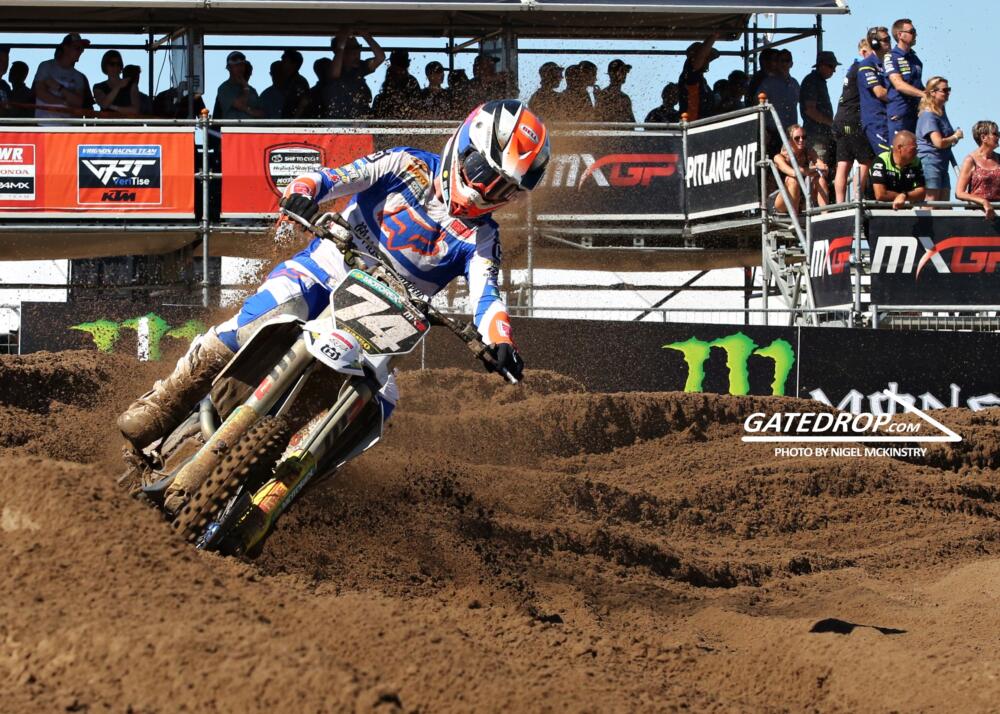 With no Jago Geerts and Tom Vialle in MX2 at the MXoN and Kay de Wolf on one of the strongest teams expected to challenge for the win, the Dutch teenage sensation could open some eyes in the USA over the weekend at Red Bud and play a significant role in the Dutch challenging the USA for the win on a track that should really suit his spectacular style. There is a strong possibility that, despite some of his brilliant rides already in the MX2 world championship, including that moto one win against Geerts at Lommel, that Guillem Farres is more well known Stateside that de Wolf! At Red Bud, de Wolf has the chance to show America and once again underline his generational talent level to the rest of the world as he goes against Shimoda, Lawrence, Musquin and Cooper from the US Nationals plus Laegenfelder, Horgmo and Everts in what will be a big fight for the MX2 victory. The big carrot for de Wolf though is that with Vlaanderen and Coldenhoff as his teammates the Dutch are in the mix to win the event and if De Wolf rides to his huge potential. I firmly believe he can make the difference in the points against the USA by beating Cooper and putting a few bikes between him and the American. But unlike Prado in 2018, De Wolf’s starts aren’t always the best and he will need them to be on point to give himself the chance of running with the 450s and show America the speed and style that at times leave jaws on the floor. This increasingly tall kid is a phenomenal talent with an all-action style and even Jett Lawrence conceded that in EMX85 races that it was Kay who, despite being a year younger, was the one guy that could give the now superstar Aussie a run for his money. For me Kay has Jett level talent and although injury thwarted his consistency in GPs this year, he still got sixth and when fit had huge speed for a 17 year old. But let’s not forget about Simon Laegenfelder too, another big teenage talent who took third in MX2 this year and like de Wolf, showed strong speed at the end of the year but did it with a smooth calculated style. Laegenfelder, with Germany minus Ken Roczen, doesn’t have as a big a chance to win the team event as De Wolf, but he can focus on the realistic prospect of an MX2 overall win and these two are of the guys the GP fans have their hopes pinned on to show the speed of the often under-rated MX2 world championship in the States which never gets the respect it deserves, despite MX2 riders going to the US and running at the front. Liam Everts will be the third generation Everts to race in the States and I also wouldn’t be surprised to see him in the mix as well as he continues his rapid climb to the pinnacle of the MX2 racing in 2022 but for de Wolf, he has a chance to star and be a big piece of a potential win for the Netherlands. It’s Kay de Wolf’s time to shine. Article: Jonathan McCready Image: Nigel McKinstry The post Kay de Wolf’s time to shine in the USA! appeared first on GateDrop.com.