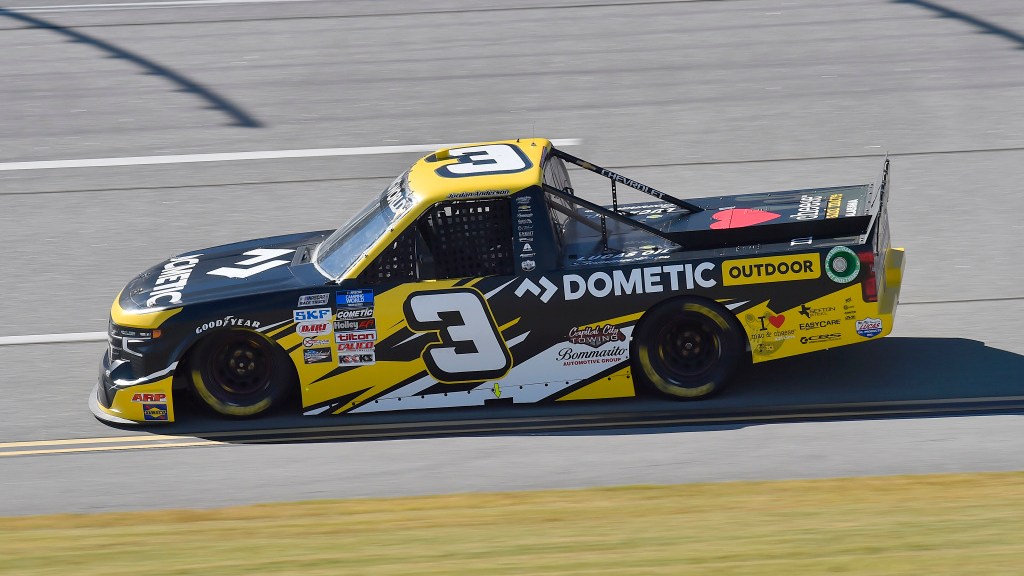 Camping World Truck Series racer Jordan Anderson suffered second-degree burns after his No. 3 caught fire during Saturday’s race at Talladega Superspeedway. Anderson, who competes in his own Jordan Anderson Racing entry part-time in the Truck Series while also fielding an Xfinity Series entry for Myatt Snyder, spun to a stop on the inside wall on the 19th lap of Saturday’s race after his No. 3 Chevrolet erupted in flames. Anderson climbed out on his own before being attended to by the safety crew, and was airlifted to a local hospital for further evaluation after treatment at the track infield care center. The 31-year-old later detailed his injuries on social media, saying  he suffered burns across his neck, face, arm, hands and knees, but expects to be released from hospital tonight. “Doctors say everything should be healing up in a couple of weeks,” Anderson said. “Will keep everyone updated on the healing process but just thankful it wasn’t worse.”