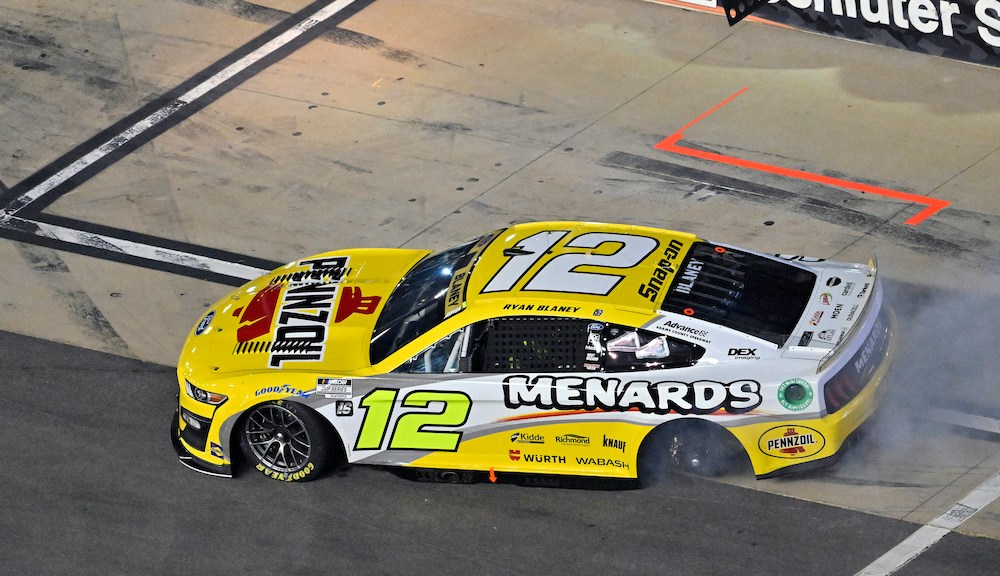 Ryan Blaney will contend the Round of 12 in the NASCAR Cup Series playoffs, and the start of the Round of 8, without his crew chief. NASCAR suspended Jonathan Hassler for four races Tuesday for the left-rear wheel that came off Blaney’s Ford Mustang at Bristol Motor Speedway. The wheel came off after Blaney pitted under the lap 92 caution because of a flat right front tire. Blaney left his pit stall as crew members began waving their arms to signal there was a problem. But he was two pit stalls away before he slowed down and the wheel detached. The wheel rolled further down pit road and into Austin Dillon’s pit box, knocking what appeared to be the No. 3 team’s jack off the wall. In addition to Hassler being suspended, jackman Graham Stoddard and rear tire changer Zachary Price have also been sent to the bench. All three will miss the upcoming races at Texas Motor Speedway (Sept. 25), Talladega Superspeedway (Oct. 2), the Charlotte Roval (Oct. 9), and Las Vegas Motor Speedway (Oct. 16). Blaney advanced into the second round of the playoffs, but it was a drama-filled night for him and his team at Bristol. It was less than 100 laps into the night when the right front tire went down, followed by the lost wheel. From there, the team had to continually try to repair the ill-handling and damaged car. The night included a trip behind the wall (before the lap 200 mark) for repairs and running last at one point. Blaney finished 162 laps down in the 30th position. The No. 12 team is still winless on the season and starts the Round of 12 seeded eighth.