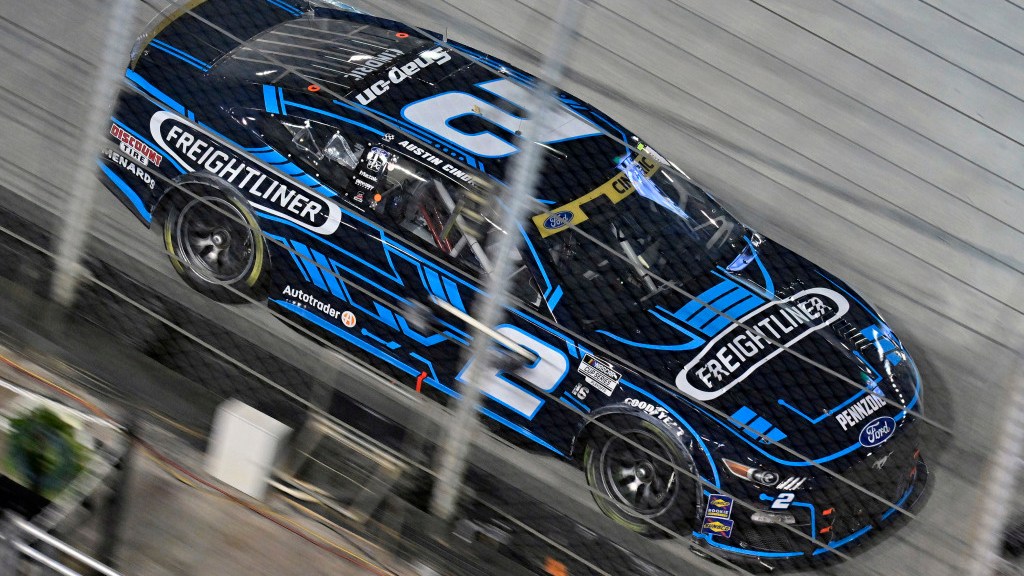 The long, stressful night Austin Cindric and his team endured at Bristol Motor Speedway en route to advancing into the next round of the NASCAR Cup Series playoffs had a silver lining. “I think it’s more of a motivator to anyone that had any doubts within the team, like, ‘Oh, man. We’re done,’” Cindric said. “You have to have those thoughts in that situation — you’ve got a right-front down, you go four laps down and you get trapped. ‘Oh, my gosh. We’re done. We can’t do this.’ “To anyone that would have had those thoughts in the race, I mean, I can have those thoughts in the car as well. I didn’t. I had to drive my heart out for the next 350 laps or whatever it was after we went all those laps down.” It would make sense such a night makes the No. 2 team stronger. To recap, Cindric felt he had a front-row seat to everything in the postseason’s first elimination race, starting with his two blown tires (and nearly a third) and almost running into Kyle Busch when Busch blew an engine. The issues knocked Cindric multiple laps down, but he outlasted some of his fellow playoff contenders who failed to finish the race. Cindric advanced by a slim two points. “I think within the team, it almost clears the mindset that we can do it,” he continued. “We’ve already proven that you cannot give up in these situations. You don’t know what’s going to happen. So I think going through that experience certainly helps, but obviously, the team dealt with the situation great, and we were able to put ourselves in position to advance to the next round.” Cindric’s rookie season began with a triumph in the Daytona 500. Not only did his first career win come in the sport’s biggest race, but it immediately locked him into the postseason. Now Cindric is on to the second round — unlike two former champions (Kyle Busch and Kevin Harvick) and another driver considered a favorite (Tyler Reddick). Texas Motor Speedway kicks off the Round of 12. Then it’s onto Talladega Superspeedway and the Charlotte Roval — three completely different racetracks in what could be another stressful and dramatic round. (It’ll) be stressful for somebody,” Cindric said. “I think it’s a great opportunity round for a team like us to be able to get some points. I think Texas went well for us in the All-Star Race. I’m not saying that’s going to mean good things for the second one of the year, but we’ve got good notes and a good opportunity to improve from what was a fairly dominant race for our team between the three of us. “Talladega is obviously, without saying, a wild card and the Roval, even if you’re not good, you can probably strategize some ways to get points. So, I think this round is exciting for someone in my position and (we’ll) try to maximize it.”