Elliott focusing on regular-season strength, not playoff struggles, ahead of championship race 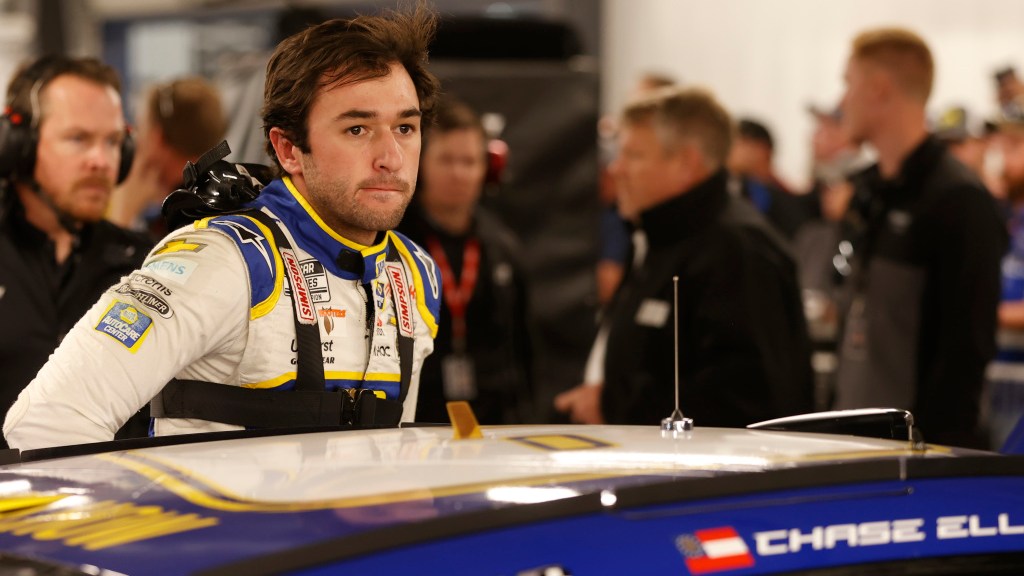 Rather than feeling lucky to be in the NASCAR Cup Series Championship 4, Chase Elliott knows that the strength of his regular season earned him the chance to take his shot. Elliott won the regular season championship in commanding fashion and brought 40 playoff points into the postseason. But the postseason has been far from what the Hendrick Motorsports No. 9 has wanted, and those points have been invaluable in helping Elliott advance. “If we hadn’t had the regular season that we had, I wouldn’t be sitting here,” Elliott said ahead of the championship race at Phoenix Raceway (Sunday, 3pm ET, NBC). “It makes a huge difference. We’re fortunate to have been on the good end of that this year, being able to have a good regular season. “We’ve never really had a regular season that good before, so that was great. I’m super proud of our whole team for accomplishing some race wins and ultimately that regular season points deal, because those 15 points combined with the wins that we had were crucial.” Just as Elliott acknowledges it’s been a rough nine weeks, he also understands they no longer matter. “Why would it?” he said. “Whoever finishes in front of the other three wins.” Such a reset makes the task simple if he wants to be a two-time Cup Series champion. While Joey Logano has had two weeks to prepare as his advantage after winning the first race in the Round of 8, and Christopher Bell and Ross Chastain are preparing for what they’re calling just another race, Elliott isn’t worried about his perceived lack of momentum. “I believe in executing a good week of prep and a good weekend at the track,” he said. “If you do those things, you’re going to hedge your bet of being happy.” Elliott said he feels fine ahead of Sunday’s race. “I feel like we have as good of an opportunity as anybody,” he said. “Yes, our playoffs have been up and down — probably more down than it has been up, really, for how we ran leading into it. But when I sit back and I look at this weekend and the way this format is and the way the final four works, if you’re in, you have a shot. No. 1. No. 2, we haven’t written the ending yet. So the narrative is there for you to make it whatever you want to and however you execute your day into being.” For the first time since 2017, four different organizations are represented in the title race. Elliott, Logano, and Chastain came into the postseason as the top three seeds. Bell has put up an incredible fight in the last two rounds to join the party from the 10 seed. “Personally, being a part of it the last couple of years and as this format has kind of progressed and changed, I think if you make it to that last race, I think you have a shot,” Elliott said when asked if the fight is wide open. “If you’re in the final four you have a chance. We’ve seen this before — you don’t have to dominate all day to win. Just like we see that with regular races that aren’t necessarily in the playoffs. “What Jimmie (Johnson) did there in 2016 is a great example of not necessarily being the best car all day, but when it came time to execute at the end of the day, put together some good restarts and good pit stops and make it happen, they did. That’s what I was talking about a few minutes ago. It’s like, yeah, our playoffs haven’t been great, but the way this format is, it really just doesn’t matter now. “If you’re part of the show, you’re part of the show. If you have a shot this weekend, you have a shot to change the narrative and write the end of the story however you want.”