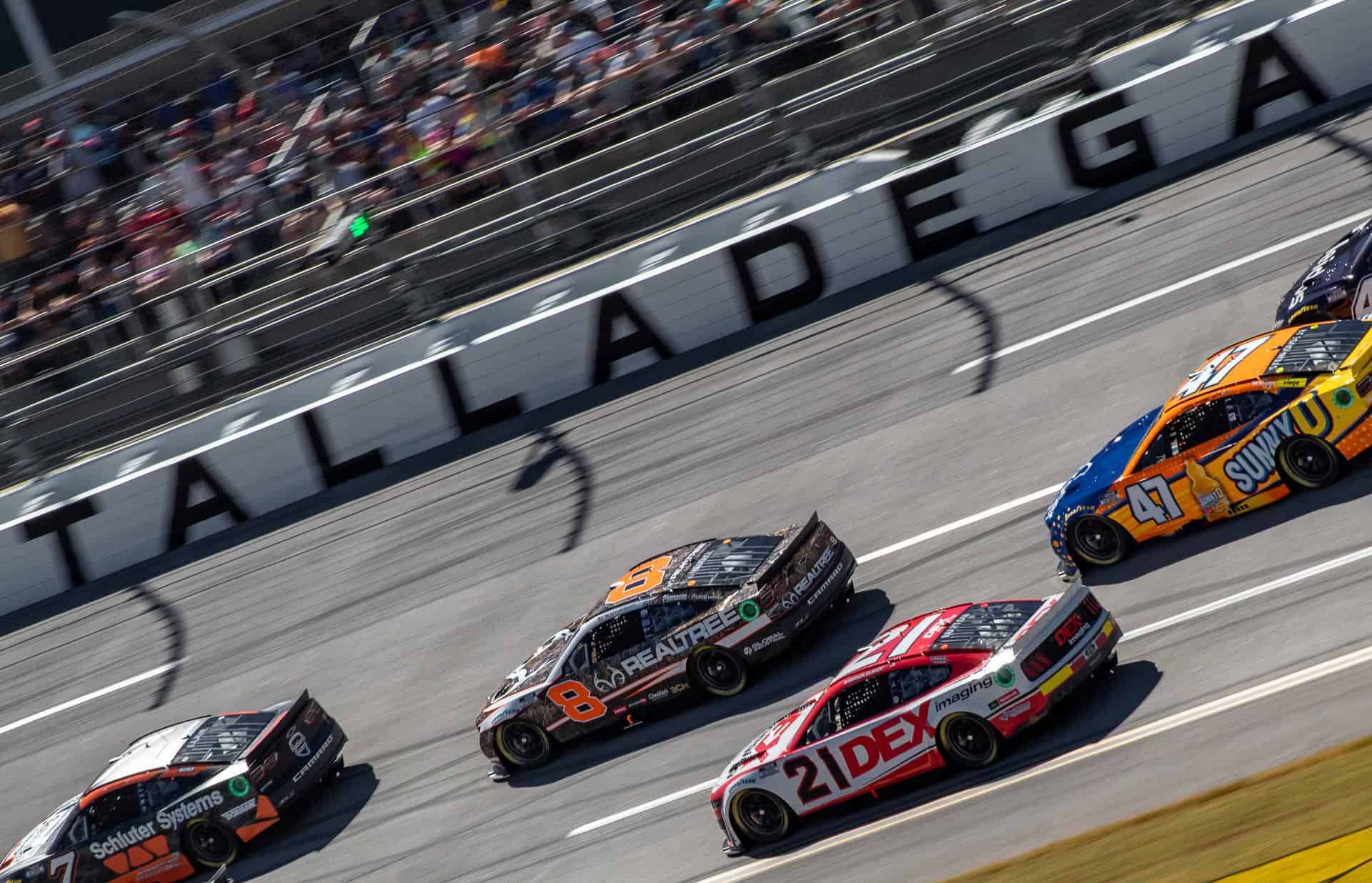 Rookie driver Harrison Burton may not be in the Playoffs in the NASCAR Cup Series, but coming off of a weekend at Texas Motor Speedway where he led laps and earned his second consecutive top-20 finish, Burton was hoping to carry some momentum into Sunday’s YellaWood 500 at Talladega Superspeedway in a race that they say “anyone can win”.

Unfortunately for Burton, Talladega has another reputation – being prone to big, multi-car incidents.

Burton started the race in the 15th position – his best qualifying effort since the July race on the Indianapolis Grand Prix Circuit – and was making moves to try and race into the top 10, when a push from the No. 47 of Ricky Stenhouse Jr. on lap 24 caused him to spin in turn one.

Ricky Stenhouse Jr. gets into the back of Harrison Burton. #NASCARpic.twitter.com/IfOdf9kzax

Several other cars were collected in the crash, and Burton would be done for the day. He would be credited with a 36th-place finish out of a 37-car field, his sixth finish of 30th or worse this season.

Interestingly, this would be the only multi-car incident of the race.

Following several weeks of heightened focus around safety in the new car, especially in crashes where the main impact is on the rear of the vehicle, Burton’s crash initially may have been cause for concern. However, the 21-year-old driver was evaluated and released from the infield care center shortly thereafter and did not indicate any adverse impacts from the incident.

“I know he (Stenhouse) hit me and as soon as he did I was crossed up and going side-to-side,” said Burton outside the care center. “I don’t know what to do different. I pulled up kind of conservatively to give him time to prepare and I’m not sure why. He gave me a pretty hard shot for sure, but I don’t know if it was off line, where he was when he hit me, or if I was moving while he was moving. I haven’t seen anything yet.

“These things happen so fast and all of a sudden you’re sideways,” he continued. “You know you got hit and you don’t understand what really caused it. It’s unfortunate for us. I felt like we had a good DEX Imaging Ford Mustang. We were gonna go and try to make a move to get out front and try and control track position and all of a sudden you go sideways. It’s pretty sad. I hope it didn’t affect any of our Team Penske alliance playoff guys. I don’t think they got any damage or anything. We’ll just try and keep it going and get some momentum going in the right way.”

Two of the Team Penske Playoff drivers were in fact involved in the crash – Austin Cindric and Joey Logano. However, both drivers were able to continue on in the race and finished ninth and 27th, respectively, both on the lead lap.

Burton and the No. 21 Wood Brothers Racing team now look ahead to the Charlotte Motor Speedway “Roval” Road Course, where Burton will make his first start at the configuration in the Cup Series.

The Bank of America Roval 400 takes place on Sunday, October 9th at 2:00PM ET and will be broadcast on NBC, PRN, SiriusXM, and Peacock.