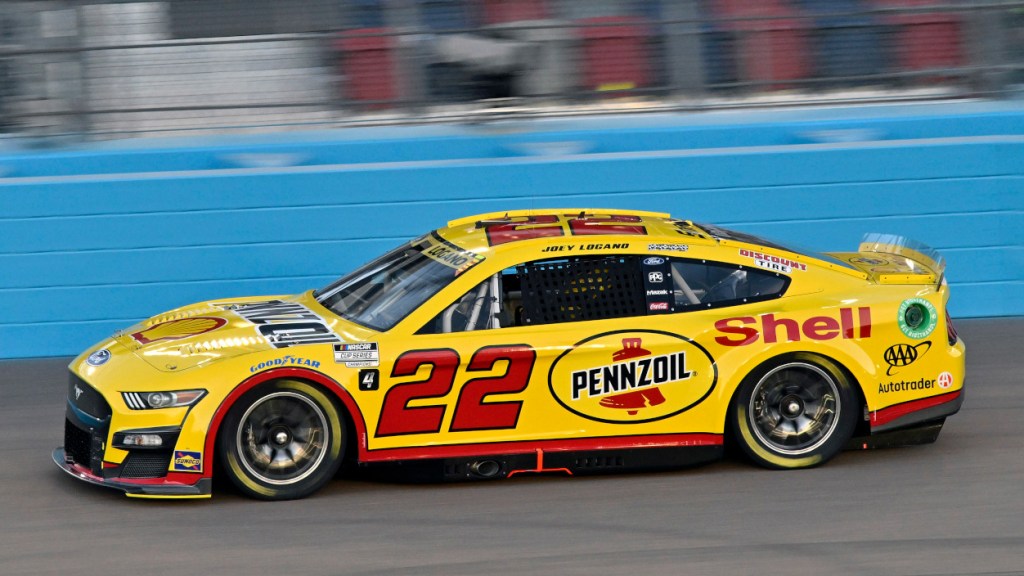 Joey Logano’s fast pace at Phoenix Raceway continued Saturday as he claimed pole for the NASCAR Cup Series championship race. The pole-winning speed was 134.389mph (26.788s) — Logano’s fourth of the season and second at Phoenix. “It keeps the pressure on (them),” Logano said of being the best qualifying Championship 4 driver. “That’s the goal when you get here – keep the pressure on the competition. This team does an amazing job under pressure, and that’s why we thrive in the playoffs and Championship 4-type moments. “I love it. I love it. It makes me better, and I think it makes my whole race team. It’s a good place start, a better place to finish. The first pit stall will be helpful. We’ve got a good pit crew, but when you can add that with the best pit stall – the camera line is right there in front of it – so that’s a big advantage.” Ryan Blaney will join his Team Penske teammate on the front row, qualifying second at 134.373mph. Chase Briscoe qualified third at 134.203mph and Kyle Larson fourth at 133.844mph. Chase Elliott was fifth at 133.437mph. Larson is the defending race winner. He is the fifth championship contender this weekend as the No. 5 team competes for the owner’s championship. Harrison Burton qualified sixth at 133.279mph, Kevin Harvick seventh at 133.057mph, William Byron eighth at 132.890mph, Cole Custer ninth at 132.719mph, and Ty Gibbs 10th at 132.475mph. Sunday will be the final race for Gibbs in the 23XI Racing No. 23 Toyota. It is expected he will be announced as Kyle Busch’s replacement after the season concludes. Tyler Reddick starts 11th in his final start for Richard Childress Racing. Championship contender Christopher Bell qualified 17th with a lap of 133.924mph. Ross Chastain qualified 25th, the slowest of the four championship contenders. His lap was 133.018mph. UP NEXT: Cup Series season finale at 3 p.m. ET Sunday.