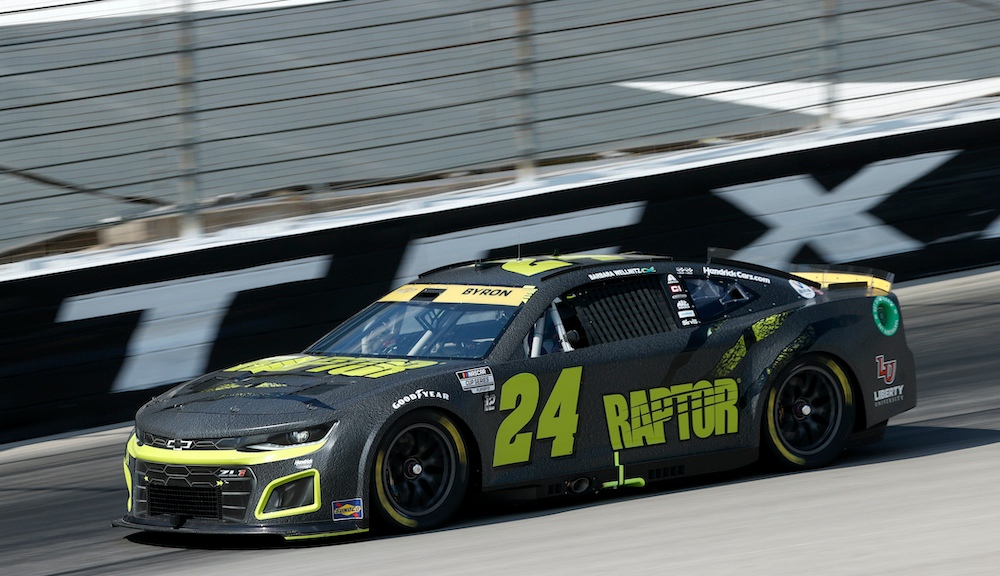 NASCAR’s Scott Miller admits that officials missed the William Byron and Denny Hamlin dust-up under caution Sunday night at Texas Motor Speedway, and said the incident will be reviewed this week. “When we were in the tower, we were paying attention to the actual cause of the caution up there and dispatching our equipment,” said Miller, NASCAR senior vice president of competition. “The William Byron, Denny Hamlin thing we had no eyes on. We saw Denny go through the grass, and by the time we got to a replay that showed the incident well enough to do anything to it, we’d gone back to green. “But I’m not sure that issue is completely resolved. We’ll be looking at that when we get back to work.” Penalties are not off the table following NASCAR’s review. Martin Truex Jr. brought the caution out on lap 268 when he crashed in Turn 4 because of a flat tire. Truex was leading the race at the time. While NASCAR was distracted by Truex’s incident, Byron was running into the back of Hamlin and sending him spinning through the frontstretch grass. The Hendrick Motorsports driver was angry about an incident that occured a few laps before when the two were in close quarters off Turn 2, which caused Byron to hit the wall. There was no contact between Byron and Hamlin, and Hamlin said he got tight off the corner and was off the throttle to keep from running into the side of Byron. The two were running second and third off Turn 4 when Byron ran into Hamlin. Once Hamlin got his car going again, he drove up to Byron and knocked into the back of him, and admitted he tried to spin him in return. NASCAR placed Hamlin mid-pack for not maintaining speed under the caution. Byron was not penalized. Miller said if officials had immediate access to Byron’s in-car camera, it would have helped them take action. “If we had seen it enough to react to it real time, which we should have, no excuse there, there probably would have been two courses of action,” Miller said. “One would have been to put Hamlin back where he was, or the other would be to made William start in the back.”