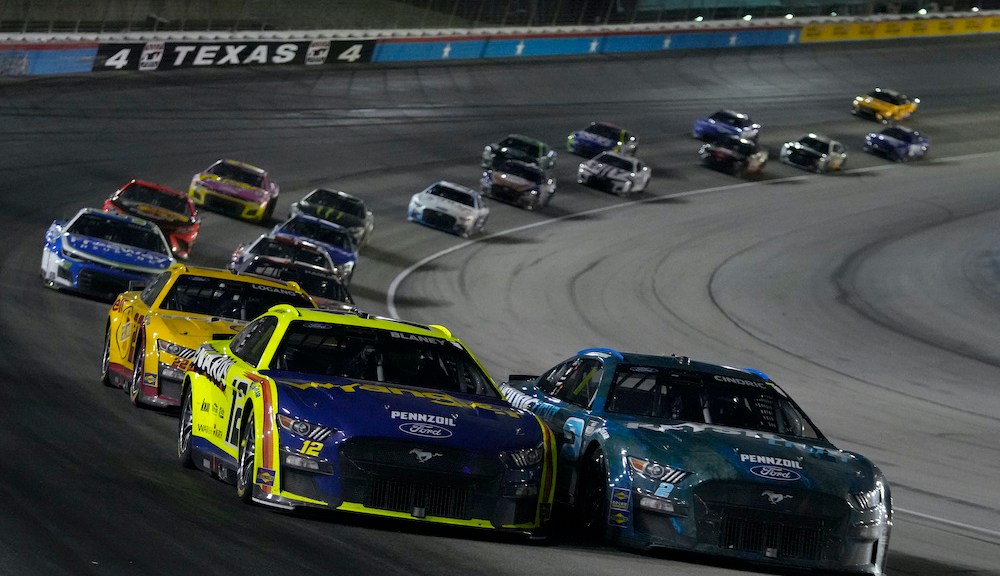 The racing surface at Texas Motor Speedway will be treated going into NASCAR’s playoff weekend, confirmed NASCAR’s Scott Miller on Tuesday morning. “We’re going to do kind of the same thing that has been the mile-and-a-half procedure for the mile-and-a-half’s that we treat,” said Miller, NASCAR’s senior vice president of competition, on SiriusXM NASCAR Radio. “It’ll be resin and some tire dragon at the beginning of the weekend, and we’ll leave it. “We’re also going to probably go a lane or so higher in 3 and 4 just to try to give a little bit more racing room over there. It may not turn into racing room, but if they do slip out of the groove, at least there will be something there to grab a hold of.” Resin has become NASCAR’s go-to over the last year, and has been used at many intermediate racetracks. In the past, Texas has routinely been treated with the PJ1 traction compound, and the track has been criticized for applying it so thickly that it leaves remnants that are hard to scrap off when the NTT IndyCar Series comes to town. IndyCar Series races turn into one-groove affairs because drivers do not want to get into the PJ1 compound. PJ1 needs to be heat activated to provide grip by picking up rubber. If it’s not, it can become slippery, and drivers will complain about ice-like racing conditions. There has also been criticism in the past from drivers about where it’s been applied. The Xfinity Series will compete at Texas on Saturday, Sept. 24 in the kickoff race to its playoffs, while the Cup Series will begin its second playoff round on the Sunday. Track activity for both series begins Saturday.