Reddick knew 'right away' head was injured in Martinsville crash 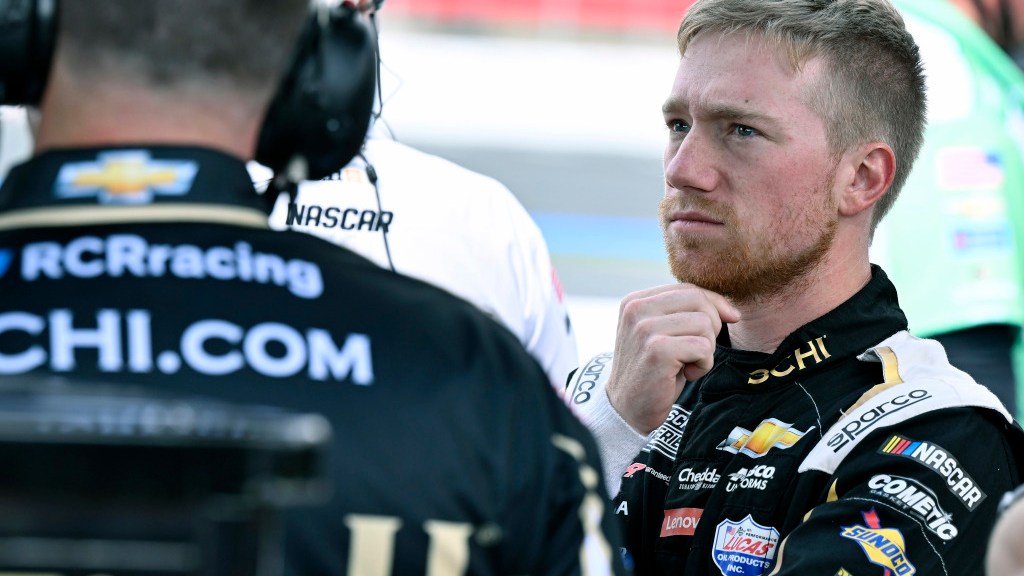 Tyler Reddick said Saturday that his crashes at Homestead-Miami Speedway and Martinsville Speedway were similar as far as the data read, but the results were very different. “Homestead was a breeze…” he said of how it felt in the car, “Martinsville, more significant.” Reddick made a surprising move at Martinsville when he pulled into the garage after 188 laps and vacated his car because he didn’t feel well. Contact with Noah Gragson from a stack-up on a restart left him “instantly” knowing something was wrong. “As soon as I rear-ended Noah and my head came back, that’s when I knew right away,” he said. Reddick’s head went forward during the contact with Gragson. That wasn’t the end of it, however, because while his head was still forward, Reddick was rear-ended in the stack-up, which popped his head back into the headrest. “Based off what you’d see from the mouthpiece sensor data, it’s surprising,” Reddick said. “It looked like what you’d see in a pretty significant crash normally. It didn’t feel good, and I knew I wasn’t 100 percent. “If you ever have taken a hard hit, you’re like, ‘OK that was weird.’ Normally when you have bumps or whatever it might be, you keep going, but that one felt different. It was definitely the right call to get out of the car because when I did, I wasn’t OK.” Reddick has worn the mouthpiece sensor for some time. It’s a piece of equipment that is helping NASCAR and teams understand what’s happening to drivers in the car, and he praised the sanctioning body for being quick in reviewing the data after each race. Monday after Martinsville, Reddick and NASCAR went over the data from the contact, where they learned the Martinsville incident and the Homestead crash – when he spun and hit the inside wall – were similar on paper yet felt different. He said he felt fine after Homestead and going into Martinsville, with the only issue being his arm, not his head. “I didn’t have any symptoms at all,” he said. “I felt fine leaving the track. More than anything, when I sat down Monday and looked back through all the information, I was more just trying to see what happened or where my forearm was when I did impact because I bent the wheel pretty good, and my arm wasn’t hurt significantly, but I could feel it for the next day after that crash. “I felt fine after Homestead, so I don’t know if it played a role in what happened at Martinsville or not. Based off how I felt, you would think that it didn’t.” Reddick starts 11th at Phoenix Raceway in his final race for Richard Childress Racing.