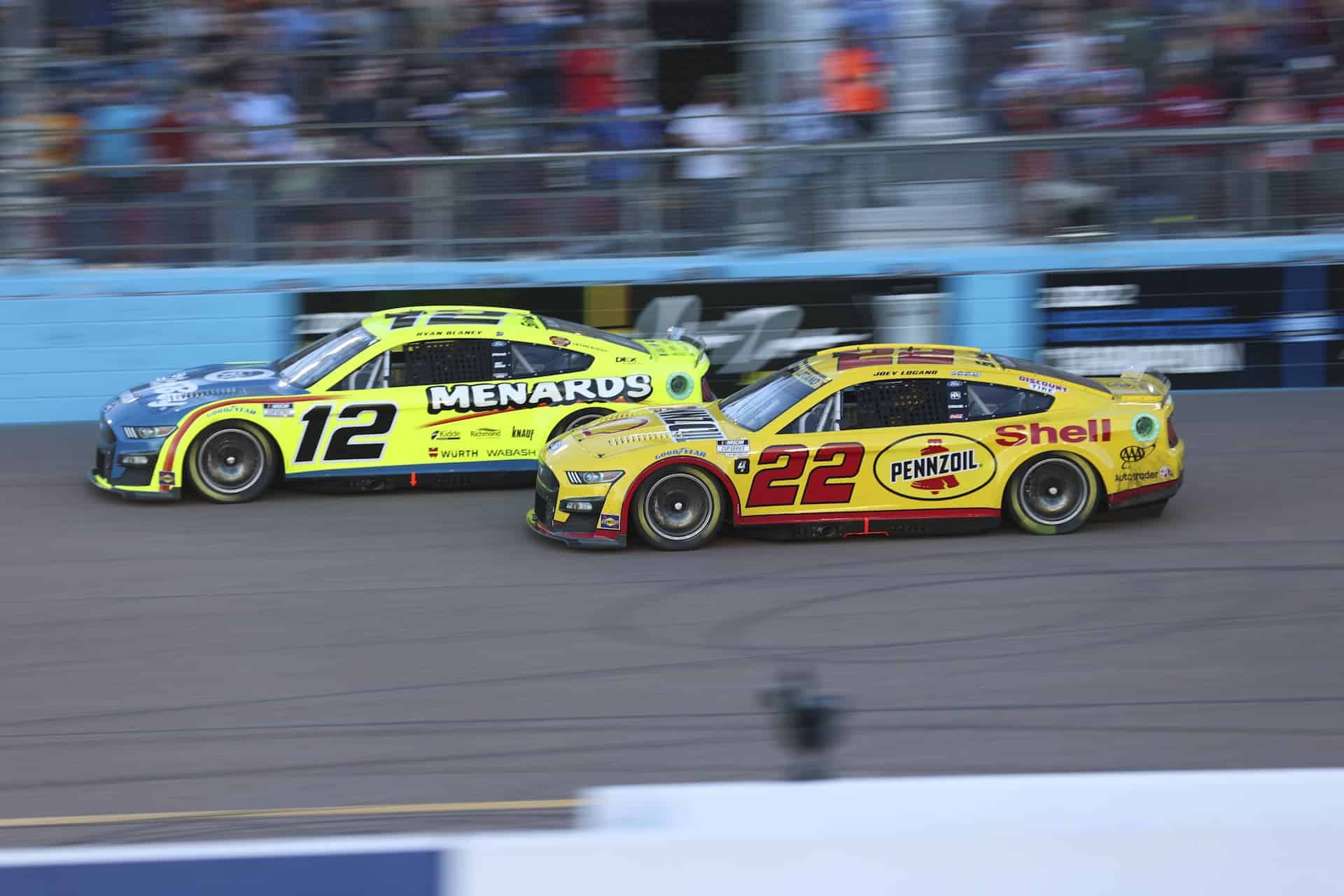 AVONDALE, Ariz. – 19 winners in the NASCAR Cup Series is the highest since 2001. No one would have expected past champions such as Martin Truex Jr. or Brad Keselowski to not be a part of that list.

But what may have become the biggest name missing from those 19 drivers is Ryan Blaney.

“I wish we could have won one,” stated a disappointed Blaney.

Despite winning the million dollar bonus in the All-Star Race, the stat book will show Blaney’s 2022 efforts came with zero points-paying wins. And in a race where he had one of his best opportunities, it was clearly frustrating beyond measure.

It was no secret that Phoenix Raceway was going to be a track-position strategy race. Drivers and fans alike have voiced the poor package at short tracks and shorter speedways where passing is difficult due to aerodynamic influence. A big ‘wake’ upsets the car to make it unstable when attempting passes, similar to an 18-wheeler on the highway.

“You can’t pass anybody,” he explained. “You get behind someone and get tight and it takes your air away and that’s all you can do.”

Roger Penske, owner of Team Penske, recognized his team was in the upper hand with Joey Logano leading en route to his second NASCAR Cup Series championship and Blaney in second nearing the closing laps. While Blaney was running faster lap times, he couldn’t find a way to get his No. 12 Ford Mustang ahead of his teammate. That pass alone would not have had an effect on the championship, but the team noticed that Ross Chastain fought his way up to third, who was racing for the title as well.

“I think I told him on the radio with about 10 to go, ‘You’re his wingman’” Penske shared with the media after the race. “I think we were fine the way we were.”

For Team Penske, it was a valiant effort for the title. But it came at the price of granting Blaney the bridesmaid of the year.