Truex charges to sixth at Homestead after pit road spin 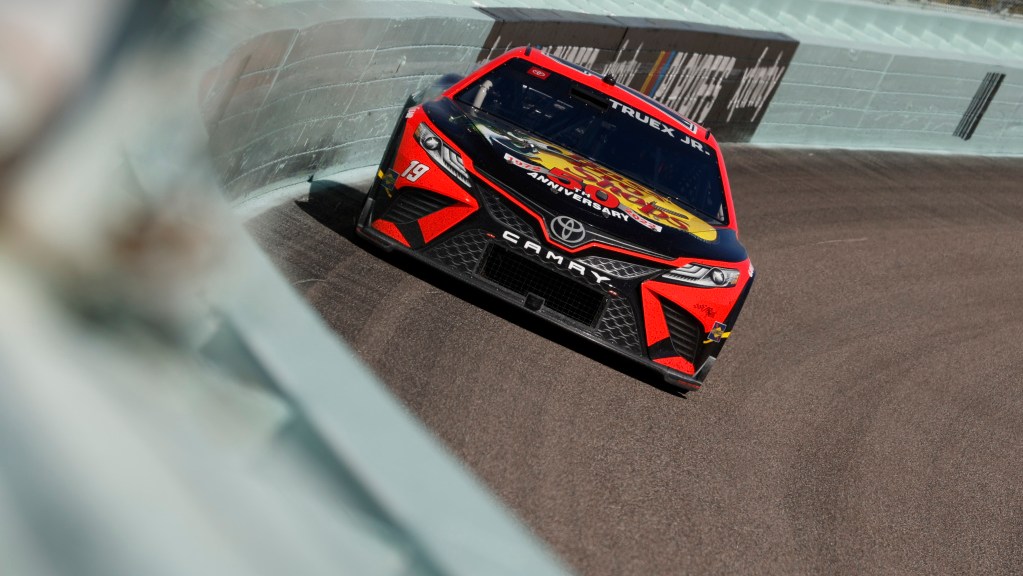 Martin Truex Jr. was hit with another racing woe Sunday, taking away a good opportunity to win for the first time this season at Homestead-Miami Speedway. He was in control of the Dixie Vodka 400 when the final caution flew with 23 laps to go. The yellow flag for a Tyler Reddick crash of Turn 2 erased a nearly 2s lead Truex held on the dominant Kyle Larson. But the caution wasn’t the issue — pit road was. Truex was spun by Larson as the No. 19 turned into his pit stall. He ended up in it backward, and the pit stop was completed, but he went from the lead to the 19th position. Truex charged to a sixth-place finish. He led 28 laps and admitted the incident was a mix of noticing his pit stall late and how difficult it is for a driver to see on pit road as the sun was setting. “It was definitely a little bit of both of that,” Truex said. “It was really hard to see through these windshields right now with the sun like that and all the stuff covering it. I did see my box late, for sure. So I slowed down before I turned out of the way of the No. 5 there. Obviously partly on me. I didn’t expect to get turned around. Glad nobody got hurt there. “Overall, just disappointing,” he explained. “To have a good day going like that and have a shot at winning and couldn’t close the deal… Hate it for my team. It’s been one of those years. Thanks to Bass Bro, Tracker, Cabela’s, Toyota, everybody that supports us and all our fans. We’re going to keep digging and win a bunch of races once we get through this rough patch.” Larson went on to win the race and said he didn’t feel it was his fault but apologized if it was. The Hendrick driver also acknowledged how tough the Homestead pit road is and that he ran into Truex when the No. 19 checked up. “I was just going behind him, and he had a hard left and was hard on the brakes at the same time, and I ran right into the back of him,” Larson said of the contact. “My team said he was late turning into his stall, but if it was my fault, I’m sorry. I don’t think it was, but it’s hard to see on this pit road. “I don’t know if fans and people realize when you’ve got debris all over your windshield, the sun shining straight in your face, it’s hard to see your stall, so I hate that (it happened),” he said. “He was definitely the one I was going to have to beat. He was really good that last long run too.” Despite finishing the regular season in the top five in points, Truex missed the playoffs because of the absence of a win. He has led over 500 laps this season, however, and has been amongst the most consistent drivers (with 15 top-10 finishes) when things have gone the No. 19 team’s way. Truex hasn’t had a winless season since 2014.