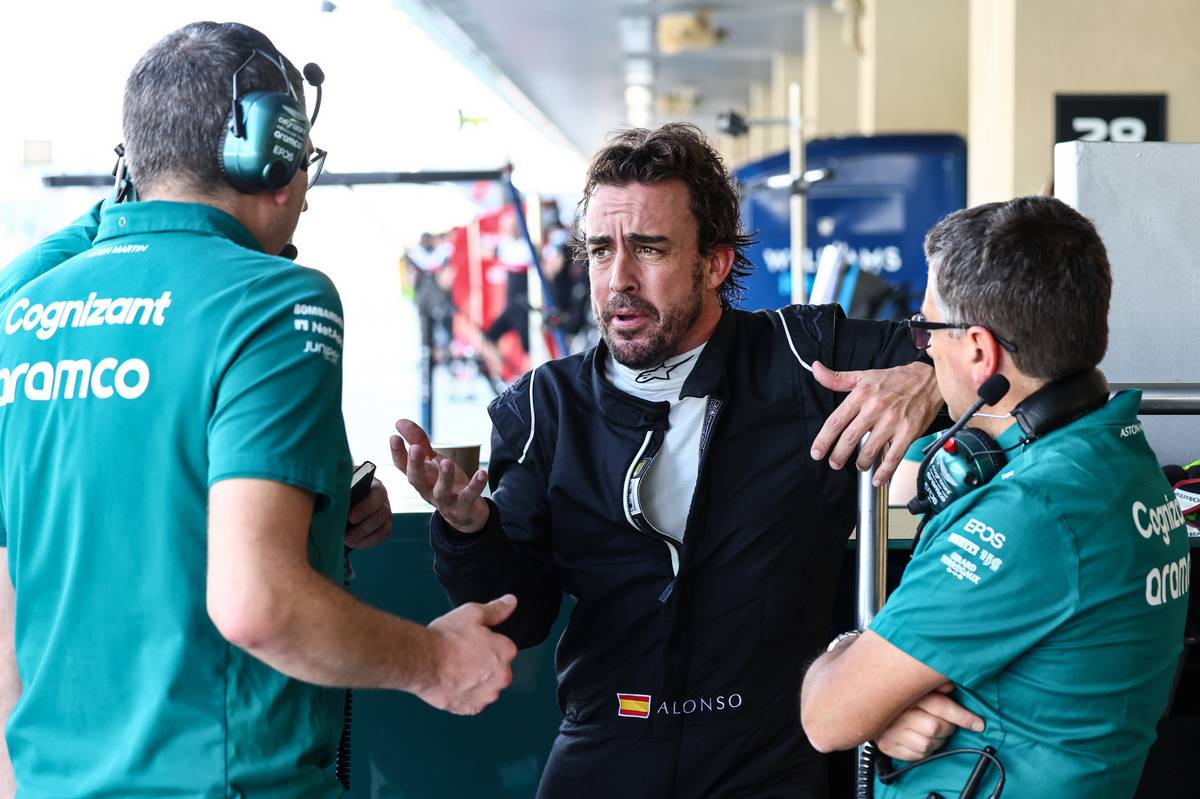 Fernando Alonso has revealed that one of the reasons for his move from Alpine to Aston Martin is with one eye on his future once he finally gives up competing behind the wheel in Formula . Alonso made his F1 debut in the 2001 Australian Grand Prix with Minardi, and since then has gone on to complete a record 355 race starts with Renault, McLaren and Ferrari and claim two world championships. He's the oldest active driver on the grid at 41 years old, four years older than Lewis Hamilton, but shows no signs of slowing down just yet with a new multi-year deal tempting him to Aston Martin in 2023. Read also: 'Happy to end Alpine chapter', declares frustrated Alonso But even Alonso is aware of the time passing, and his current deal is also about planning his future career path once he does decide to finally step out of the F1 cockpit. “At the moment I don’t have anything clear in my head, but I know that I will eventually stop driving one day," he told the media including The Race at last week's post-season test at Abu Dhabi. "I will have had by that time maybe 25 years experience or something,” Alonso continued. “So I can be obviously very useful for any team. "And that team I hope is Aston Martin, just to continue whatever we do in the next few years," he added. This proposed direction appears to be something that he has already broached with Aston Martin owner Lawrence Stroll and the senior management at the team. Alonso's compatriot and long time friend Pedro de la Rosa - a former Arrows, Jaguar, McLaren, Sauber and HRT driver from to 1999 to 2012 - is already employed by Aston in a marketing and advisory role. De la Rosa also oversees their young driver programme, and Alonso said that such a role would “make me happy”, adding that he be “good value” to the team. However even when he does decide to Grand Prix racing, Alonso said he would still be racing somewhere. “I don’t know if it’s gonna be sportscars or Dakar. I mentioned that a few times," he said. Alonso previously made his bow in the Dakar Rally in 2020 while on his post-McLaren sabbatical from F1. He also raced sportscars and was part of the Toyota championship-winning team at Le Mans, but he Alonso seems less keen in retracing old ground. "In a way, winning the championship and winning Le Mans and Daytona, maybe I don’t have the excitement to achieve [more in sportscars]," he suggested. “Whereas in Dakar, for example, if I win the Dakar Rally one day then I don’t think that there is any precedent of doing that.” But for now, Alonso remains totally focussed on what he will be able to do in next year's F1 world championship with his new team. The post-season test gave him the opportunity to try out the A522 for the first time, and he came away from the experience “happily surprised” by the potential he found in the existing car. “I’m much more optimistic now," he reported. “When I signed for Aston Martin, I was 90 per cent happy. When they started improving and they finished the season on a high, I was 100 per cent. “So this morning [before the post-season test] I was 100 per cent. Now I’m 100-plus!," he said. "I am really, really, really happy right now. “I cannot be overconfident for sure because everything’s going to change for next year," he acknowledged, adding that he expected next year's car would be “nearly new on everything”. “But the feeling that I had in the garage with the guys and the potential of the team, the talent that I see in the engineering room here, is outstanding." Alonso suffered a frustrating series of technical issues and retirements in 2022 with Alpine and ended the season in P9 despite a car clearly capable of delivering much more on its day. Alpine itself finished in fourth place in the constructors championship while Aston narrowly missed out on sixth to Alfa Romeo. However the squad's improvement in form in the latter half of the year - including a double points finish in Singapore - gives Alonso confidence he's made the right call in moving. Gallery: The beautiful wives and girlfriends of F1 drivers Keep up to date with all the F1 news via Facebook and Twitter The post Alonso looking to post-racing future with Aston move appeared first on F1i.com.