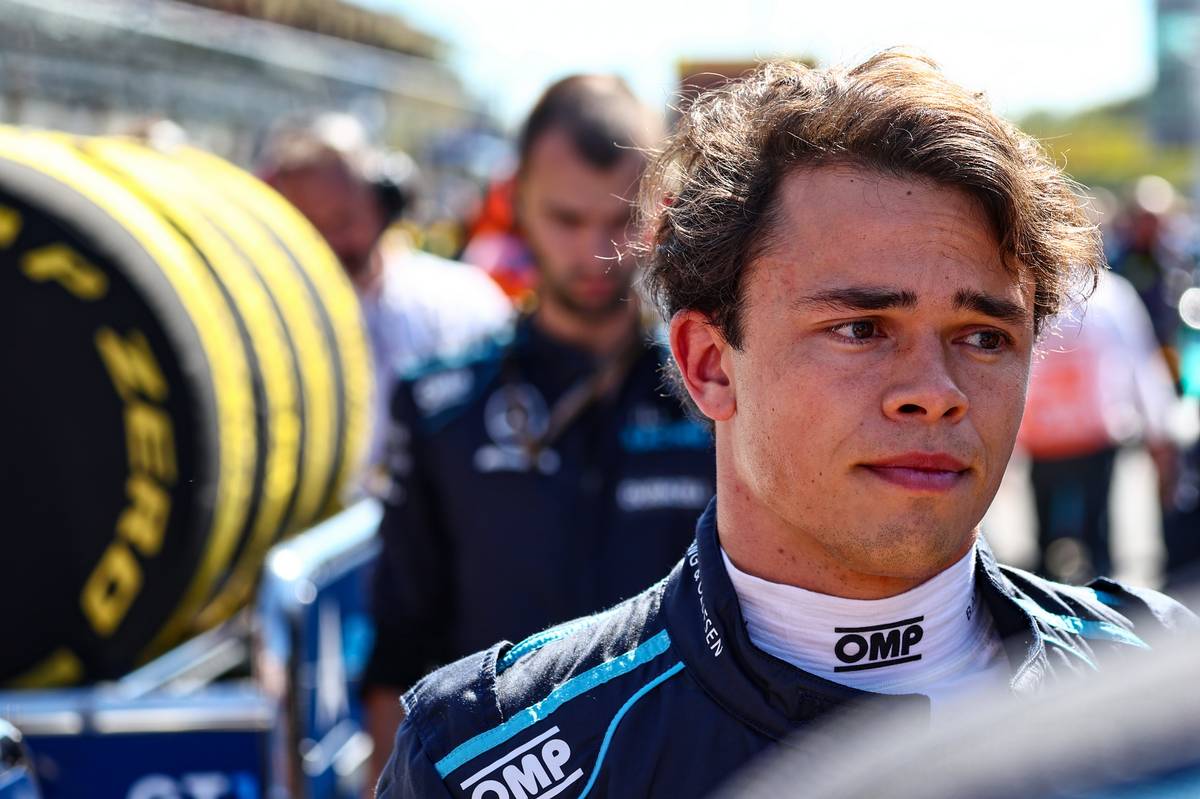 The driver silly season sparked by Sebastian Vettel's decision to retire and Fernando Alonso opting to leave Alpine and replace him at Aston Martin continues to rumble on, with Nyck de Vries at the centre of the latest paddock chatter. Alonso's exit followed by that of reserve driver Oscar Piastri has left a vacancy at Alpine, which would like to sign up AlphaTauri's Pierre Gasly to race alongside Esteban Ocon as part of an all-French powerhouse squad. But Red Bull say they will only release Gasly from his current 2023 contract if they can find a suitable replacement. Talks to sign US IndyCar star Colton Herta floundered because of the American's lack of a full F1 superlicence. Read also: Red Bull gives up on getting superlicence exemption for Herta Red Bull tried to gain an exemption for Herta, but to no avail. However as Red Bull was forced to close the door on that option, it's emerged that a new driver might now be in their sights. Having been the star of the Italian Grand Prix last week when he stood in at Williams at the very last minute for an unwell Alex Albon and went on to finish in the points, de Vries has emerged as F1's new dish of the day. A former Formula 2 and Formula E champion, the 27-year-old Dutchman had been widely expected to be snapped up by Williams next season to replace the underperforming Nicholas Latifi. But Dutch newspaper De Telegraaf reported on Saturday morning that the Dutchman paid a visit this week to the Graz office of Red Bull motorsports consultant Dr Hellmut Marko. This has subsequently been confirmed by RacingNews365.com. Now French publication AUTOHebdo has gone further than that, and stated that the discussion was more advanced than originally thought and that an agreement has already been reached on the move. In a tweet (translated from the original French), AUTOhebdo said it was "able to confirm the information that de Vries and Helmut Marko have met in Graz, and they are said to have agreed on a move of the 27-year-old Dutchman to Alpha Tauri next season, where he is expected to race alongside Yuki Tsunoda." It would be an unusual move for Red Bull which has traditionally developed its own talent in-house and resisted signing drivers with strong links to rival teams, such as Mercedes in de Vries' case. But Red Bull changed direction at the end of 2020 when it picked up the experienced Sergio Perez after he was dropped by Racing Point (now Aston Martin) - to good effect, as Perez helped Max Verstappen clinch the drivers' title in 2021. And Alex Albon has since gone in the opposite direction, checking out of the Red Bull camp to join the Mercedes-affiliated Williams squad this season, despite concerns from Mercedes boss Toto Wolff about team confidentiality. Now it seems that de Vries' recent outstanding performances have overcome any reluctance on Marko's part about bringing him into the Red Bull fold. It comes after Wolff said there was little more he could do about furthering his protege's career at this point. “I can’t really help him,” Wolff said before the summer break. “We can’t really tell any team to look at him and consider him because that would be felt as an interference and goes the contrary way.” So handing off de Vries to AlphaTauri could be a way of solving a lot of problems on all sides - although it would leave Williams without an obvious replacement for Latifi. If Gasly does move to Alpine next year, it closes the door on a significant option for Daniel Ricciardo who has lost his seat at McLaren to Piastri. And it's another lost opportunity for Mick Schumacher, whose seat at Haas seems at risk although the squad is yet to make any formal decision about who will partner Kevin Magnussen next season. Gallery: The beautiful wives and girlfriends of F1 drivers Keep up to date with all the F1 news via Facebook and Twitter The post De Vries linked to possible AlphaTauri agreement appeared first on F1i.com.