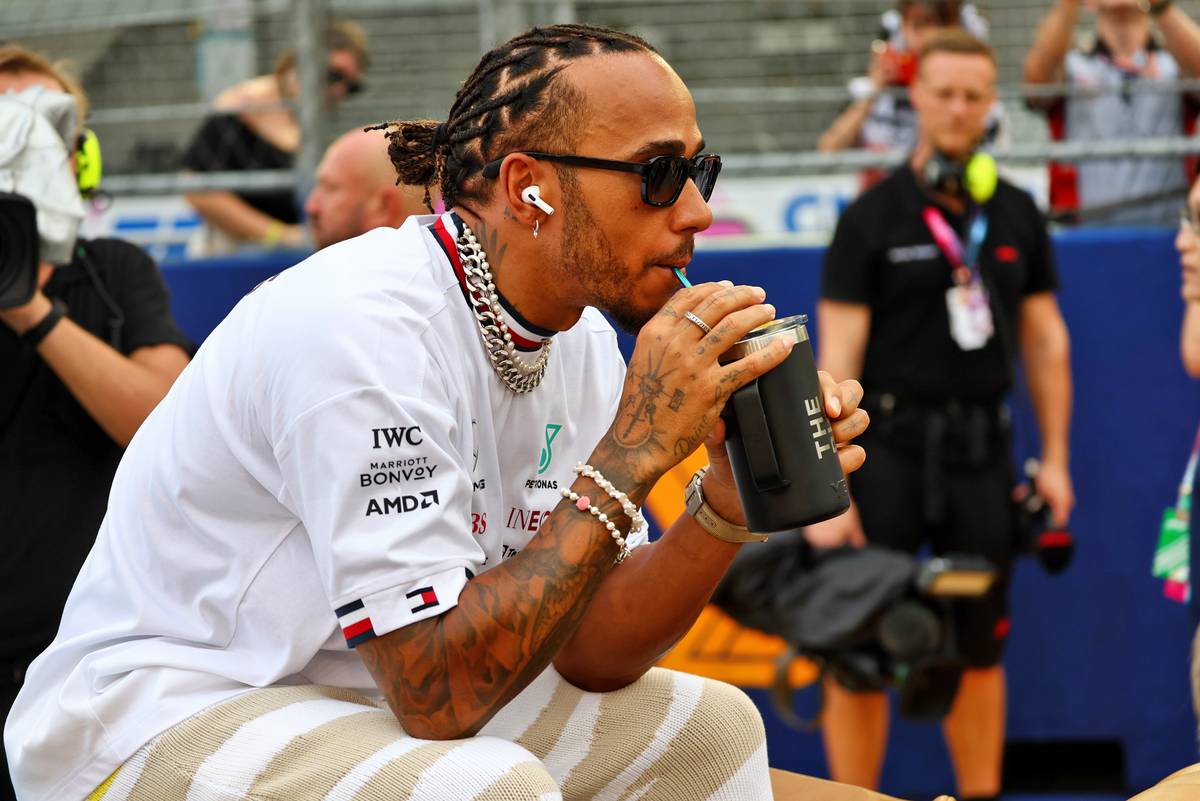 Mercedes F1 boss Toto Wolff says a contract extension between his team and Lewis Hamilton is likely on its way, as the seven-time world champion feels he can hold his own on the grid for "another five years". Hamilton's future in Formula 1 is regularly the subject of speculation among pundits. A consensus emerged earlier this year guessing that the Briton would conclude his career at Mercedes at the end of 2023, or the term of his current contract with the Brackley squad. Last year, Hamilton himself hinted that he would be gone from the sport by the age of 40. But at last summer's French Grand Prix, Wolff joked that his latest discussions with the Briton projected a partnership that could last between five and ten more years. Queried on his bosses comments, Hamilton did not offer a specific timeframe, but insisted he still had "plenty of fuel left in the tank", even despite a downbeat 2022 season which, if anything, has boosted his motivation and desire to remain on the grid. ©Mercedes But at some point, the discussions between team and driver will need to become concrete. And Wolff, speaking to David Coulthard in an interview for Channel 4, hinted that those talks are already well underway. "The advantage is we speak a lot together," Wolff said, likely referring to the fact that Hamilton and himself are quasi neighbors in Monte Carlo. "Just last week we sat down and he says ‘look, I have another five years in me, how do you see that?’. "Over time we have just grown together. We are totally transparent with each other. Lewis will be the first one to say ‘I can’t do this anymore’ – because I feel I haven’t got the reactions anymore, or I’ve just lost fun doing it and there is another generation growing up that is just very strong. "So I have no doubt that whatever we agree on a contract extension, which is going to happen, that we both are always going to discuss, very openly, what does the future hold." Read also: Hamilton won't punish himself for 'pretty rubbish day' They say age is an issue of mind over matter: if one doesn't mind, then it doesn't matter. However, the active life of an F1 driver inevitably suffers the constraints of an athlete's body, just like in any sport. But Wolff is hesitant to pinpoint 40 as the often cited upper limit for a successful Grand Prix driver, as 41-year-old Fernando Alonso makes a pretty compelling case for senior citizens remaining competitive. ©Mercedes "I don’t know if 40 is that age where you say that is not adequate anymore for a racing driver," said Wolff. "If you look at where Fernando is with 41 years, he’s still very much there. Now, is he the same Fernando that he was at 25? I don’t know, but he’s very competitive still. "You look at Tom Brady [NFL star] who is somebody I really admire for having the discipline in how he manages his life and his sport, he’s 43 or 44 – and he’s on the pitch. "So Lewis, with the way he leads his life, with the full, ultra-narrow focus on his Formula 1 racing – all the others are just hobbies – I think he can take it quite far." Stability may well remain Mercedes biggest asset moving forward, as Wolff alludes to George Russell's own long-term future with the German outfit. "George has been great joining the team," Wolff said. "He’s a good personality, he acts with integrity, he’s very transparent working with Lewis – these two really have added to the team’s development slope this year. "He was obviously hoping to be in a Mercedes and win races and championships, which he got that timing wrong, but at least he has progressed to the midfield now! "That time is going to come – he will win races, he will race for championships and I think he absolutely has it in him. "I feel very good to have him in the team over the long term." Keep up to date with all the F1 news via Facebook and Twitter The post Hamilton contract extension 'is going to happen' – Wolff appeared first on F1i.com.