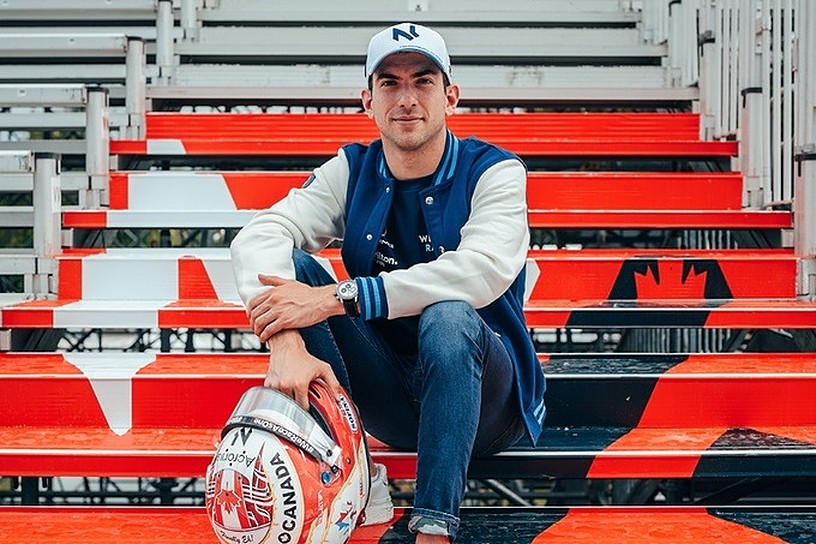 Nicholas Latifi says he understands Williams' decision to not renew his contract with the British outfit for 2023, admitting that he simply didn't get the results he neede in F1's "results-based industry". Ahead of this weekend's Singapore Grand Prix, Latifi remains the only F1 driver on the grid who has yet to score a top-ten finish, and that shortfall has proven costly for the Canadian. While there were glimpses of improvement over the summer, Latifi's overall results and level of performance relative to Williams teammate Alex Albon could just not justify his team keeping him onboard for 2023 with other promising talents such as Nyck de Vries knocking on the outfit's door. "I do understand the decision," said Latifi in Singapore on Thursday. "At the end of the day, it’s a results-based industry, performance-based industry and this year it didn’t work out for many different reasons. Read also: Capito convinced Abu Dhabi crash 'affected' Latifi's driving "I’ve spoken about some of the struggles I had earlier this year, some things in my control, some things out of my control, that’s always how it’s going to go in this sport. "I just didn’t get the results that were needed." Latifi pointed to his struggles in adapting to F1's new-generation ground effect car as the source of his difficulties this season. "Naturally the philosophy of these cars, not necessarily our car, but it's kind of added to the difficulty and driveability," he explained. "They're obviously very different, they're more on edge, less compliant, less forgiving – partly because the tyre, partly because the aerodynamics, the stiffness, so on. "On face value, they're just not as nice to drive with them. And our car in general, let's say, had some fundamental flaws in the balance. "So this is one thing I'd say in terms of the overall downforce you have, which we know we're lacking downforce. "But yeah, for me, it's just the kind of fundamental handling of the car, the balance. "With last year's car, I did feel quite a bit better. But still, to be honest, that was never a car that suited my driving style, I did have to change quite a lot and adapt quite a bit. "But I just find it easier to deal with last year's. And that's just the philosophy of that regulation of car was a bit easier, whereas this year, it just never clicked." Although his fate with Williams is signed and sealed, Latifi is determined to sign off from the British outfit with the best run possible in the final six races of the season, if only to help maintain his chances of remaining on the grid with another team, although that seems like a remote prospect. "Formula 1 is definitely where I want to be, it’s the pinnacle of motorsport and what I’ve dedicated most of my life to," said the 27-year-old. "If there’s an option here I’d be silly to say no, but for now, just focus on the last six races. I mean realistically having a good last six races is the best thing in order to continue along the F1 path." Keep up to date with all the F1 news via Facebook and Twitter The post Latifi: Williams decision in 'results-based industry' is understandable appeared first on F1i.com.