Russell frustrated as Mercedes 'had a car to win this week' 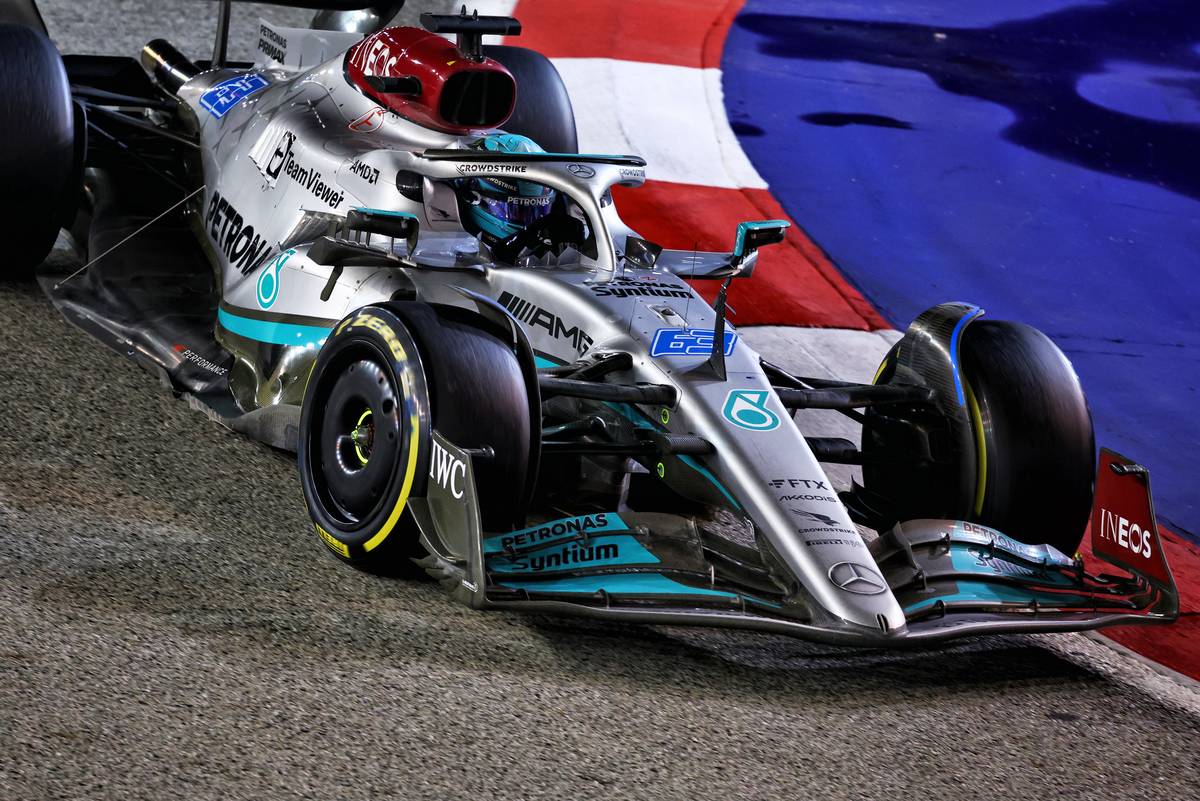 George Russell reckons he could have pulled off a win in Singapore had he been spared an array of issues that undermined his weekend at Marina Bay. A brake problem hampered Russell's efforts in qualifying, leaving him P11 in the pecking order, a position that encouraged Mercedes to undertake an overnight strategic power unit change, which imposed a pitlane start on the Briton. Unfortunately, while he benefitted from the race's early attrition, moving up the order was a complicated affair for Russell given the tricky conditions and safety car neutralizations. However, a very early switch to, or rather a gamble on the slick tyre eventually helped his cause. "Obviously at the time, it was totally the wrong decision. But it did pay dividends later down the line. "Because when we had that safety car and the restart, I overtook three cars in one lap, and was up to P11 before the incident with Mick. The contact with Haas' Schumacher on lap 40 and the subsequent puncture he suffered forced Russell into a third pit stop that permanently took away any chances of snatching a spot among the top ten. "Obviously I had the tangle with Mick – I don’t really know what happened there," Russell said. "I feel like I left him plenty of space. We would’ve probably finished inside the points because we were flying." Indeed, there was no questioning the Mercedes driver's remarkable pace in the latter part of the race which was validated by Russell clocking in with the best lap by a margin of 1.707s! Read also: Hamilton won't punish himself for 'pretty rubbish day' "We set the fastest lap at the end by almost two seconds so I’m pleased that the issues from yesterday have been resolved, and I guess a bit of confidence restored that I haven’t lost it and I didn’t qualify three seconds off the pace due to lack of talent or whatever," he said. "But it’s such a shame, we had a car to win this week." Russell's disappointing evening coupled with teammate Lewis Hamilton's lowly P9 finish amounted to the worst race result of the year for the Mercedes squad. "In such a long and demanding season we were bound to have one that didn't go our way, so we chalk this one off and move on to Japan," concluded Russell. "We have lots of work to do ahead of Suzuka but it was positive to experience the car's potential today." Keep up to date with all the F1 news via Facebook and Twitter The post Russell frustrated as Mercedes 'had a car to win this week' appeared first on F1i.com.