Verstappen: Alonso would have won more titles in others' cars 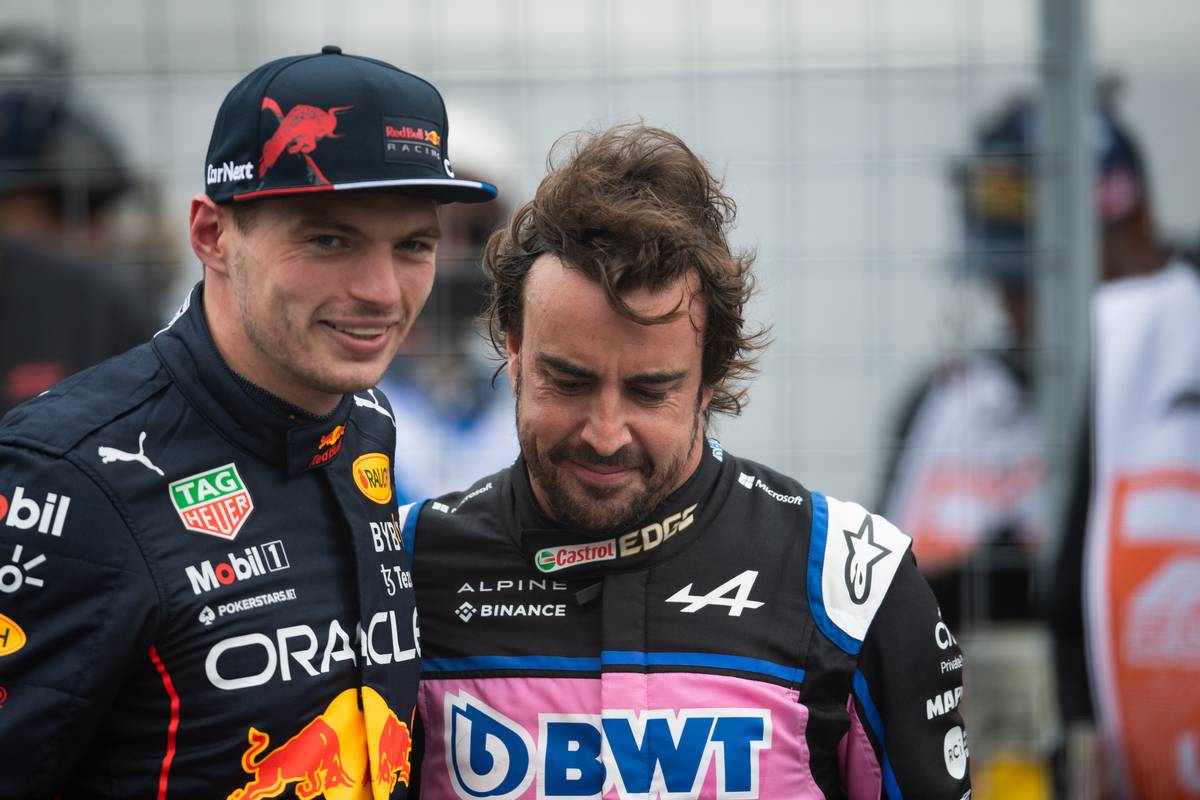 Max Verstappen is set to become a two-time F1 world champion, like Fernando Alonso, but the Red Bull driver believes the Spaniard would have more titles to his name today had he been lucky to drive winning cars in the recent past. Verstappen could seal his second consecutive world championship this weekend in Singapore if he wins on Sunday and outscores Charles Leclerc by 22 points. It's therefore no longer a question of when but rather where the Dutchman will enjoy his second coronation in F1. Speaking on Thursday at Marina Bay, Alonso reckoned Verstappen is already among the sport's all-time greats, but the Alpine driver hopes the future two-time champ will have better luck than him in his quest for more titles. Read also: Hamilton: 'Never great' when title fight finishes early "He’s 24 or 25, no? So there’s still a lot in front of him," said Alonso. "But I wish him more luck than me because I was also 26 with those stats and still have the same stats at 40! "But I’m sure with Red Bull and how things look for the future, he will only get better. "It’s very well deserved. They were the best team and the best driver by far, so when they win it, I don’t think is an important thing, it’s just that they will. Whether it’s here or Japan, let’s see." Verstappen was grateful for the compliment addressed to him by Alonso but he was quick to point out that the Spaniard's track record in F1 would look quite different if he had been fortunate enough to drive winning cars in the past few years. "It's not bad," said Verstappen, referring to the prospect of becoming like Alonso a two-time world champion. "In F1, you need a bit of luck, and you need to have the luck that you make the right decision and then have a dominant car for a long time. "Because I mean, obviously, if you would have put Fernando in the cars where other people have won championships with, he would have done the same. But that's not how F1 works. "At the end of the day, he still won two titles so I think he's done very well for himself. And he's also a great guy and a great personality for F1." Looking ahead at this weekend's race, Verstappen insists he's keeping his title ambitions out of his mind, and admits that given a choice he would perhaps prefer to uncork the champagne at Suzuka next week, in Honda's back yard. "I don't really think about it," he said. "It's quite a long shot. I just want to enjoy the weekend, and of course, try to win it. "I think Japan is nicer. Also, I need a lot of luck for it to happen here, so I don’t really count on it… "I think [Suzuka will be] my first proper opportunity to win the title. So I’m looking forward to Singapore right now, but I’m also very excited for next week." Keep up to date with all the F1 news via Facebook and Twitter The post Verstappen: Alonso would have won more titles in others' cars appeared first on F1i.com.