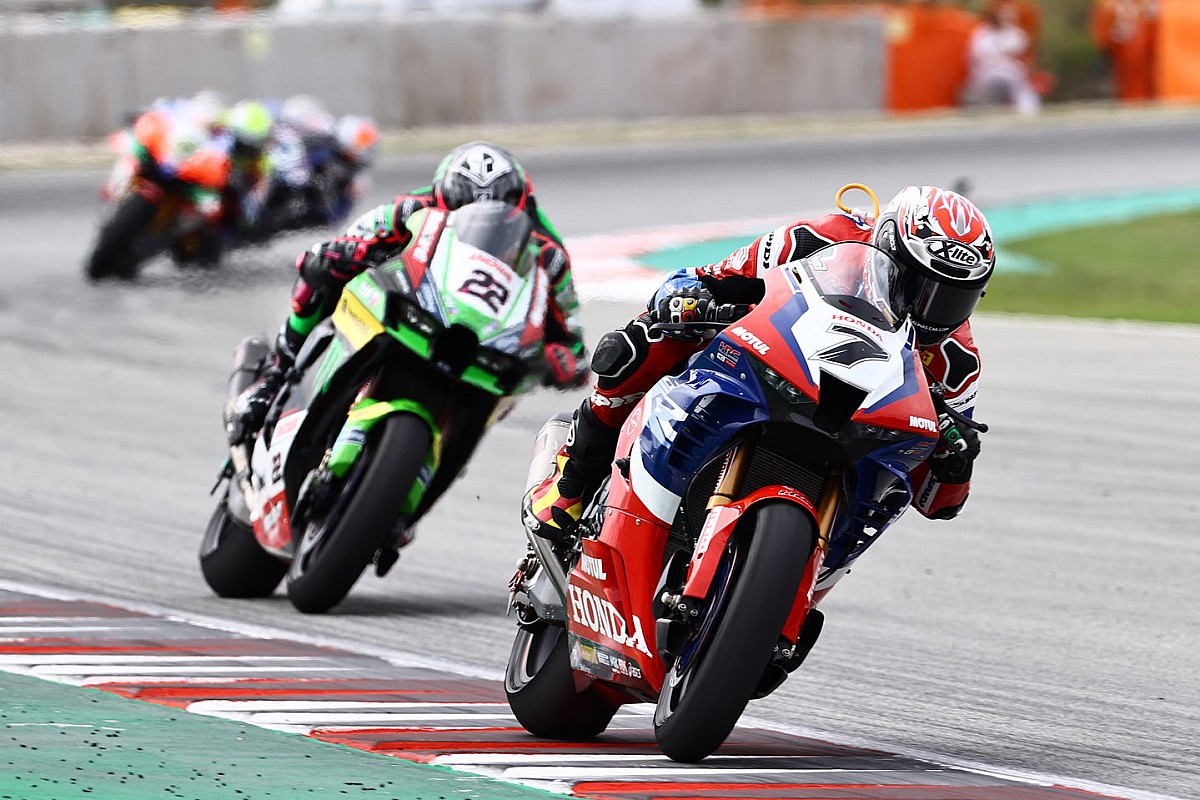 Ex-MotoGP racer Lecuona scored his first WSBK pole in Saturday’s Superpole session, and was in a strong position to challenge for a first podium finish since April’s Assen round for much of the opening race.Having run third behind a dominant Alvaro Bautista and Toprak Razgatlioglu, who moved into the top two positions at the very start of the race, Lecuona found himself demoted to sixth in ...Keep reading