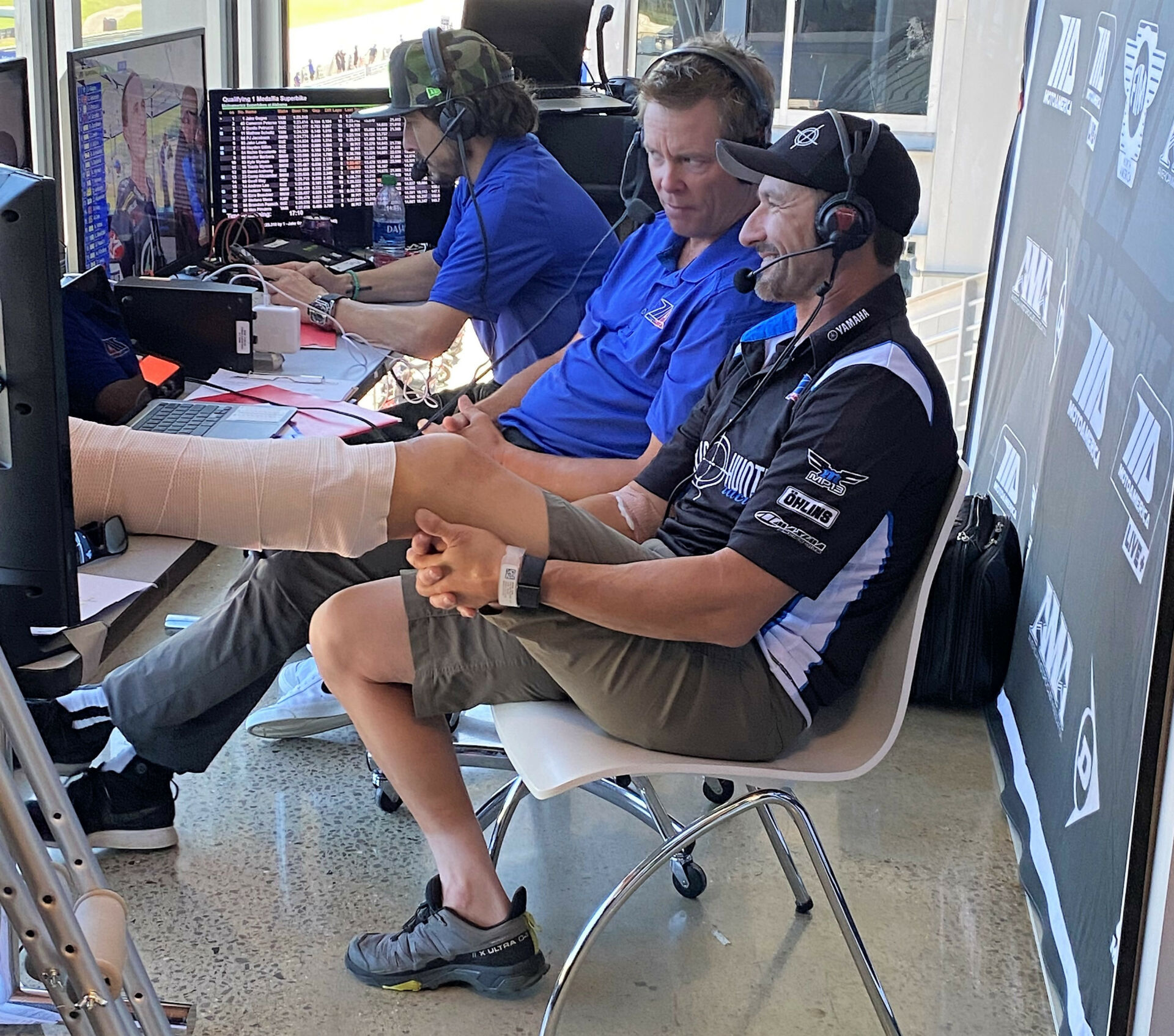 Josh Hayes’ quest to become the all-time MotoAmerica/AMA career race win leader will have to wait for another time as the four-time AMA Superbike Champion has withdrawn from this weekend’s MotoAmerica event at Barber Motorsports Park due to injury. Hayes was riding his Squid Hunter Yamaha YZF-R6 in Supersport Free Practice One when he suffered a violent third-gear highside crash in Turn Three. “I was asking for it,” said Hayes. “I was trying to go fast.” Hayes suffered fractures to his left tibia and fibula as well as a concussion, he said. Hayes, who is currently tied with Miguel Duhamel with 86 wins atop the all-time career race wins list, returned to the track Friday afternoon and using crutches walked up to the media center to join Roger Hayden and Robbie Floyd on the MotoAmerica Live+ broadcast. The post MotoAmerica: Hayes Out With Broken Leg, Concussion appeared first on Roadracing World Magazine | Motorcycle Riding, Racing & Tech News.

Ten things we learned from the 2022 Singapore Grand Prix

Razgatlioglu: Better to be like Rea than MotoGP also-ran