MotoAmerica: Herrin Not Racing In Superbike At Barber 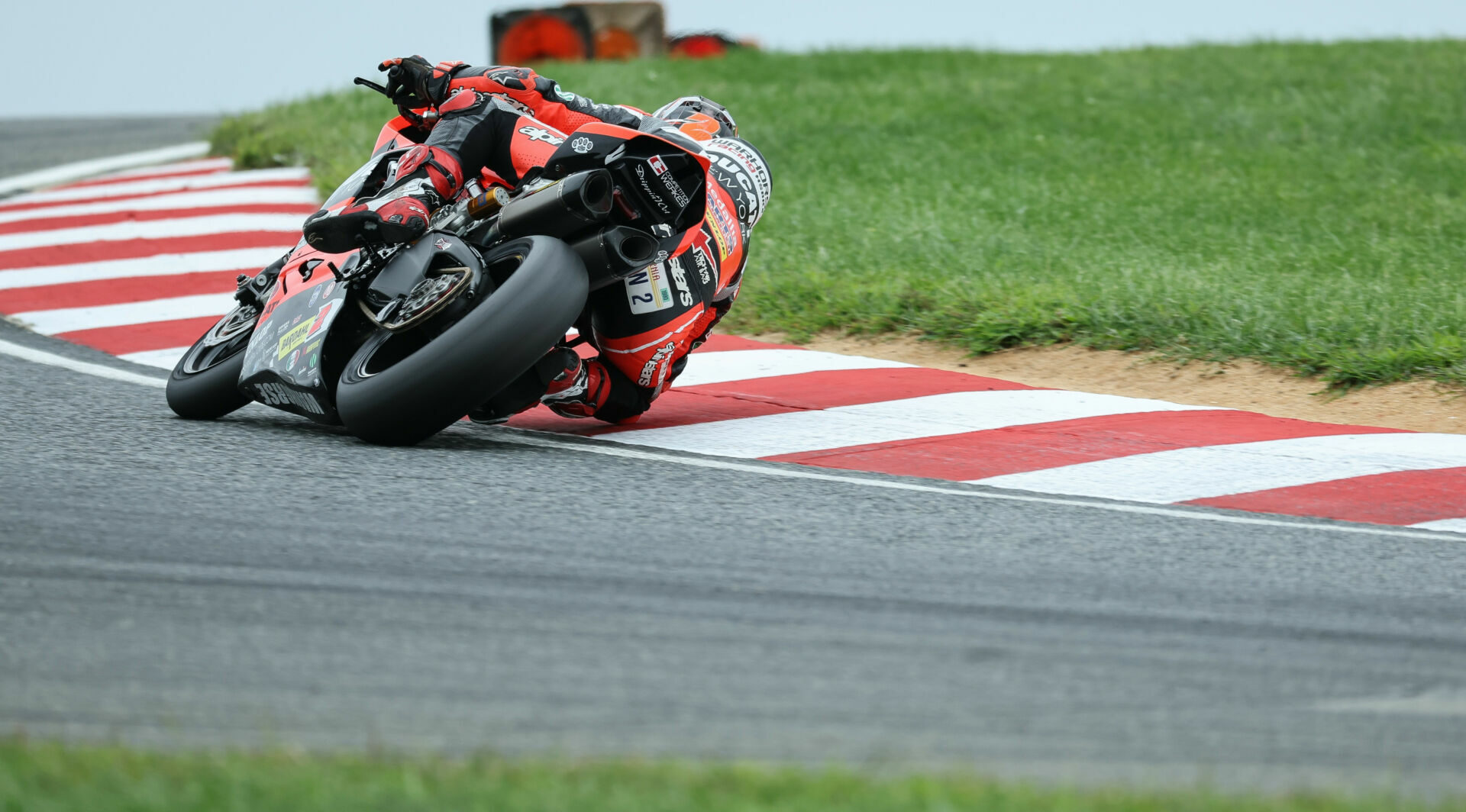 Herrin’s Homecoming Set for Barber Motorsports Park Josh Herrin rolling in as the champion and ready for some fun in the Heart of Dixie Sunnyvale, Calif. — Josh Herrin’s Warhorse HSBK Racing Ducati NYC Ducati Panigale V2 final hit-out for the 2022 MotoAmerica Supersport Championship is set for Barber Motorsports Park in Alabama this weekend. Herrin clinched the championship with a measured and calm performance at New Jersey Motorsports Park two weeks ago, leaving the Northeast with an unassailable 93-point lead heading into this final Barber round with 50 points and two race wins still to play for. After earlier stating intentions to race a second Ducati Panigale V4 SBK in the Superbike category as teammate to Danilo Petrucci at Barber, Herrin and the Warhorse HSBK Racing Ducati NYC team has since decided against the plan and will instead concentrate on the Supersport class with the tantalizing prospect of finishing the championship with a massive 100-point buffer over second place. Josh Herrin (Warhorse HSBK Racing Ducati NYC – #2) : “I’m excited to race Barber this weekend. It’s one of my favorite tracks on the schedule,” Herrin said. “I want to end the year with two more wins. It’s nice to go into the weekend with no stress on our shoulders, just race and do our best without the championship to worry about. I’m looking forward to it and can’t wait to see everyone out at Barber.” The ninth and final round of the 2022 MotoAmerica Supersport Championship at Barber Motorsports Park will kick off with Free Practice 1 at 10:10 CDT on Friday, September 23. Race One is scheduled for Saturday, September 24 at 2:10 pm CDT with Race Two, the last race of 2022, to be held on September 25 at 2:10 pm CDT. The post MotoAmerica: Herrin Not Racing In Superbike At Barber appeared first on Roadracing World Magazine | Motorcycle Riding, Racing & Tech News.

Verstappen: I should be allowed to criticise Red Bull for mistakes