MotoGP: “Marc Marquez ALL IN” Docuseries Starts In February 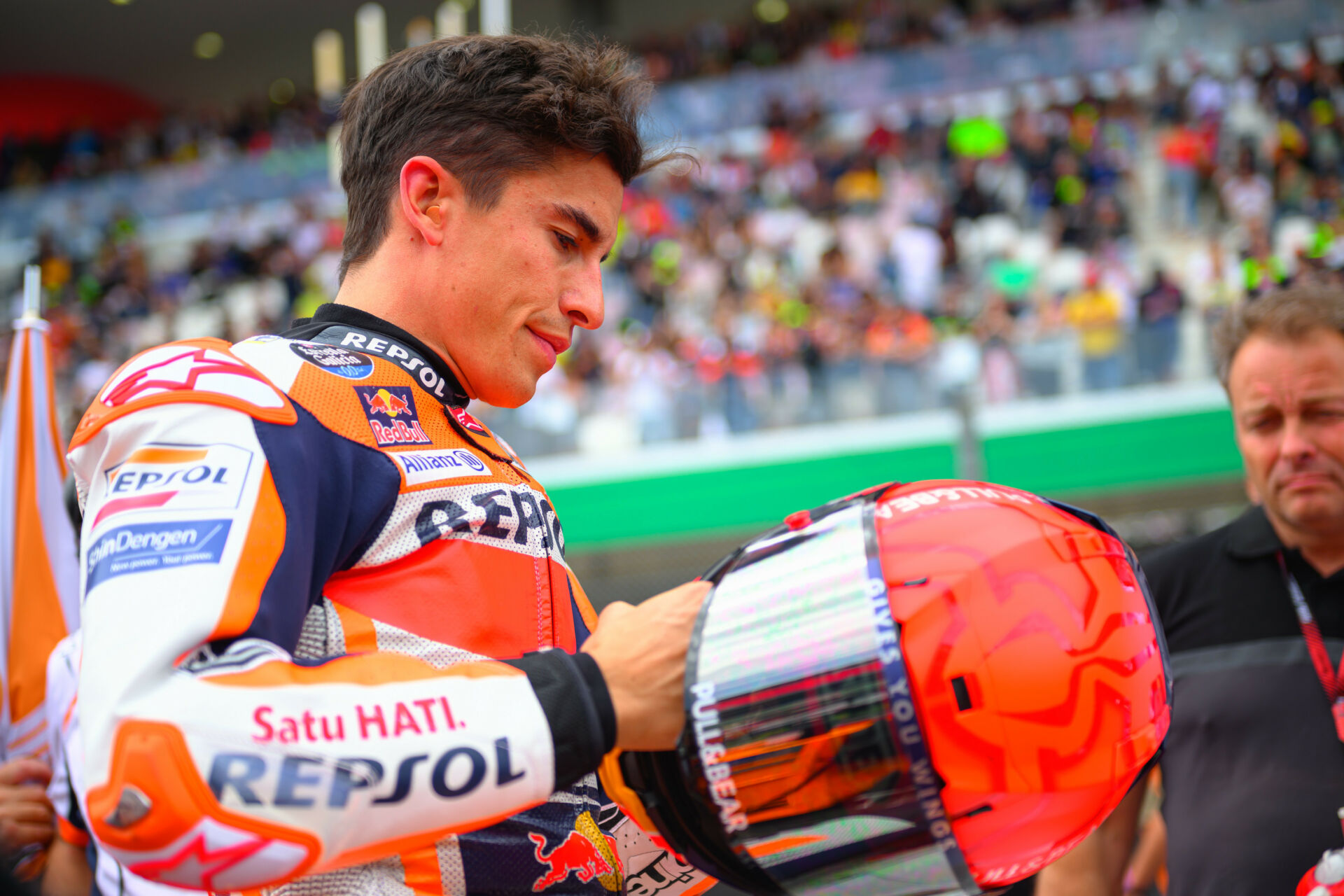 Editorial Note: Watch a free sneak preview of the series here. Coming soon: Marc Marquez ALL IN Check out the first sneak peek of the eight-time World Champion as you’ve never seen him before Thursday, 24 November 2022 What does it take to get back to the top? A new five-part documentary, Marc Marquez ALL IN, will give viewers around the world the chance to find out. It’s been three seasons of injury struggles, surgery, and recovery for the eight-time World Champion, and now more than 200 countries around the world will be able to go behind the curtain like never before as Marc Marquez ALL IN lands on Prime Video in February 2023. The documentary, produced by Fast Brothers in collaboration with Red Bull Media House, TBS and Dorna, joins the journey as Marquez moves to Madrid to continue his recovery and then returns to MotoGP for 2022. However, despite the Herculean effort already made by the eight-time World Champion, problems with his injured arm continue to plague him – leaving him facing another choice: more surgery and another long recovery process. And that with no guarantee of returning to the MM93 who broke records and changed the DNA of the sport. But Marquez? He was all in. Fans around the world will now be able to see exactly what it takes to win eight World Championships and still have the hunger for more as Marc Marquez ALL IN provide a unique look at one of the greatest ever as he commits to a return not just to competing, but to winning. Watch the teaser below and get ready to witness a champion already crowned and looking to return for his throne. Can he do it? The first answer to that question will be revealed from the 26th of March 2023 at the Autodromo Internacional do Algarve as the number 93 takes on the season opener, looking to remind the grid, the world, and himself exactly why he went all in in the first place. The post MotoGP: “Marc Marquez ALL IN” Docuseries Starts In February appeared first on Roadracing World Magazine | Motorcycle Riding, Racing & Tech News.