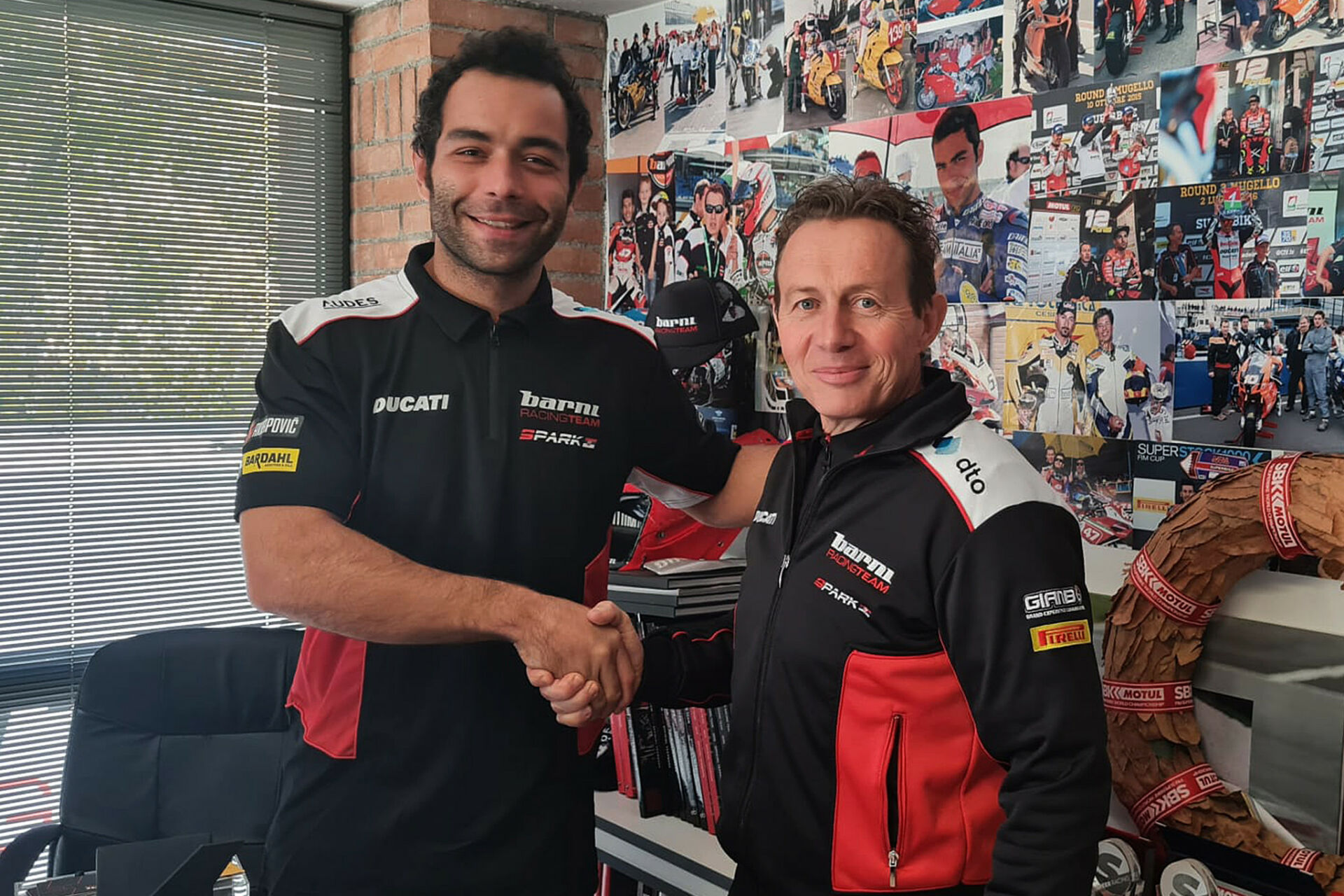 WELCOME BACK DANILO! Petrucci will race with the Ducati Panigale V4 SBK F23 of the Barni Spark Racing Team in the 2023 Superbike world championship. The Barni Spark Racing Team has chosen Danilo Petrucci for the 2023 WorldSBK season. This morning, in the Barni Spark Racing Team factory in Calvenzano (BG), Danilo signed the contract that will bind him to Marco Barnabò’s team for one season. Twelve years later, Barni and Petrux are back to racing together. It was the Bergamo-based team that launched Petrucci, in 2011, in the Superstock 1000 class: in that season, riding the Ducati 1098R, Danilo had obtained both the title of Italian champion and second place in the FIM World Cup, winning four races . Now begins a new adventure together with the Barni Spark Racing Team in WorldSBK. Born in Terni on 24 October 1990, the Umbrian rider raced for 10 seasons in MotoGP, six of these with Ducati, winning two races (Le Mans 2020 and Mugello 2019). In 2022 he took part in the Dakar becoming the only rider in the world to have won at least one MotoGP race and one stage in the Dakar. Also in 2022 he raced a Dunlop-shod Ducati Panigale V4 R in MotoAmerica, finishing second in the championship and one race in MotoGP with Suzuki. Now there’s a new world challenge for him, again with a Panigale V4 R, but in a Superbike version. Danilo Petrucci, #9 “I’m very happy to be back from Barni. 2011 was one of my best seasons ever, but above all I couldn’t say no to the chance to race in the Superbike world championship with a very competitive bike. It’s a championship I’ve never done and I can’t wait to compete on the track. I want to thank all the Barni team for giving me this opportunity and all the people who made this agreement possible”.   Marco Barnabò, Team Principal “I’m happy to be able to embrace Danilo again and to have him back in the team. As always, we will do our best to put the rider in a position to be competitive. His qualities are unquestionable. We know that there will be a lot of work to do because we will compete with riders who they have much more experience than him in Superbike, but with his motivation and our work we know that we can do well. My thanks to all the sponsors and to Ducati”. The post WorldSBK: Petrucci Signs With Barni Spark Racing Team appeared first on Roadracing World Magazine | Motorcycle Riding, Racing & Tech News.