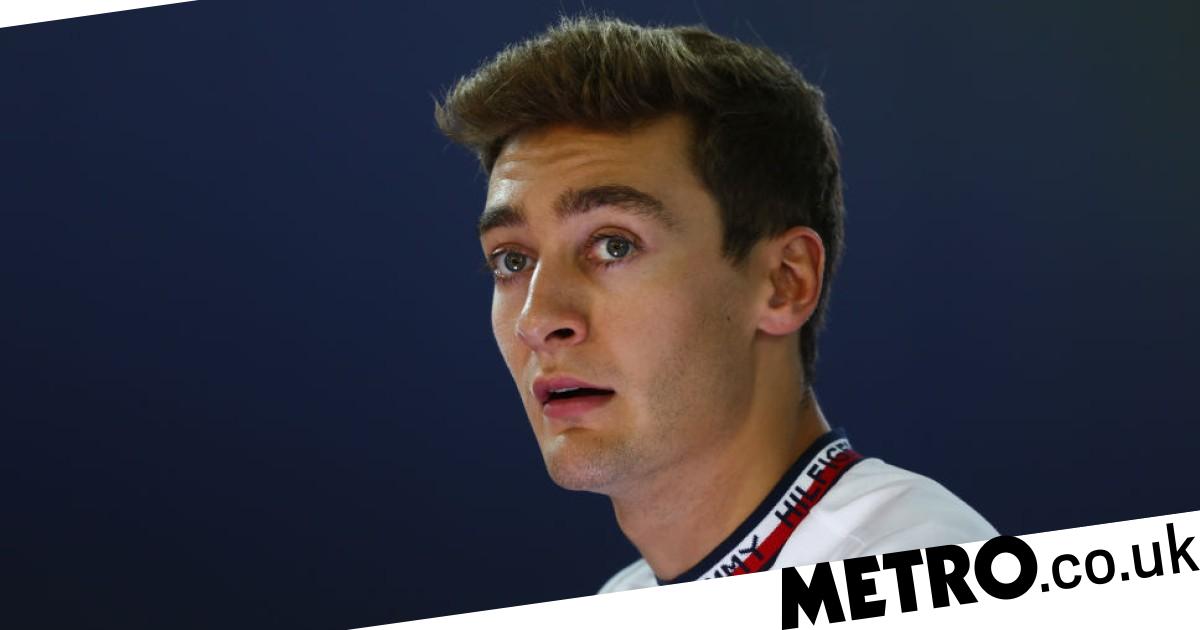 The Mercedes man had originally qualified a disappointing 11th after suffering from brake issues on Saturday, which made driving round a treacherously wet Marina Bay circuit even more difficult.

With that in mind, Russell and Mercedes have opted to take on new engine parts which come with hefty grid penalties.

‘An issue with the brakes that got progressively worse led to a really tough qualifying,’ the 24-year-old posted on social media after qualifying.

‘Disappointing, but we’ll be working hard overnight to find a solution. The car has very strong pace here and we’ll be doing everything we can to recover the lost positions tomorrow.’

Meanwhile, Russell’s teammate Sir Lewis Hamilton fared much better and will line-up third on the grid, as the seven-time world champion aims to claim his and Mercedes’ first win of 2022.

Max Verstappen, who can win his second championship at Singapore, will only start eighth after a bizarre error from Red Bull left the Dutchman without enough fuel to complete qualifying.

Verstappen, who celebrated his 25th birthday last Friday, was visibly and vocally furious with his team, saying: ‘It’s incredibly frustrating.

‘Finding out it was the fuel… Basically, we ran out of fuel, but these things you can track throughout Q3, and they should have let me finish the lap before, where we were already on a pole position lap.

MORE : What Max Verstappen needs to do to win the Formula 1 title at Singapore Grand Prix