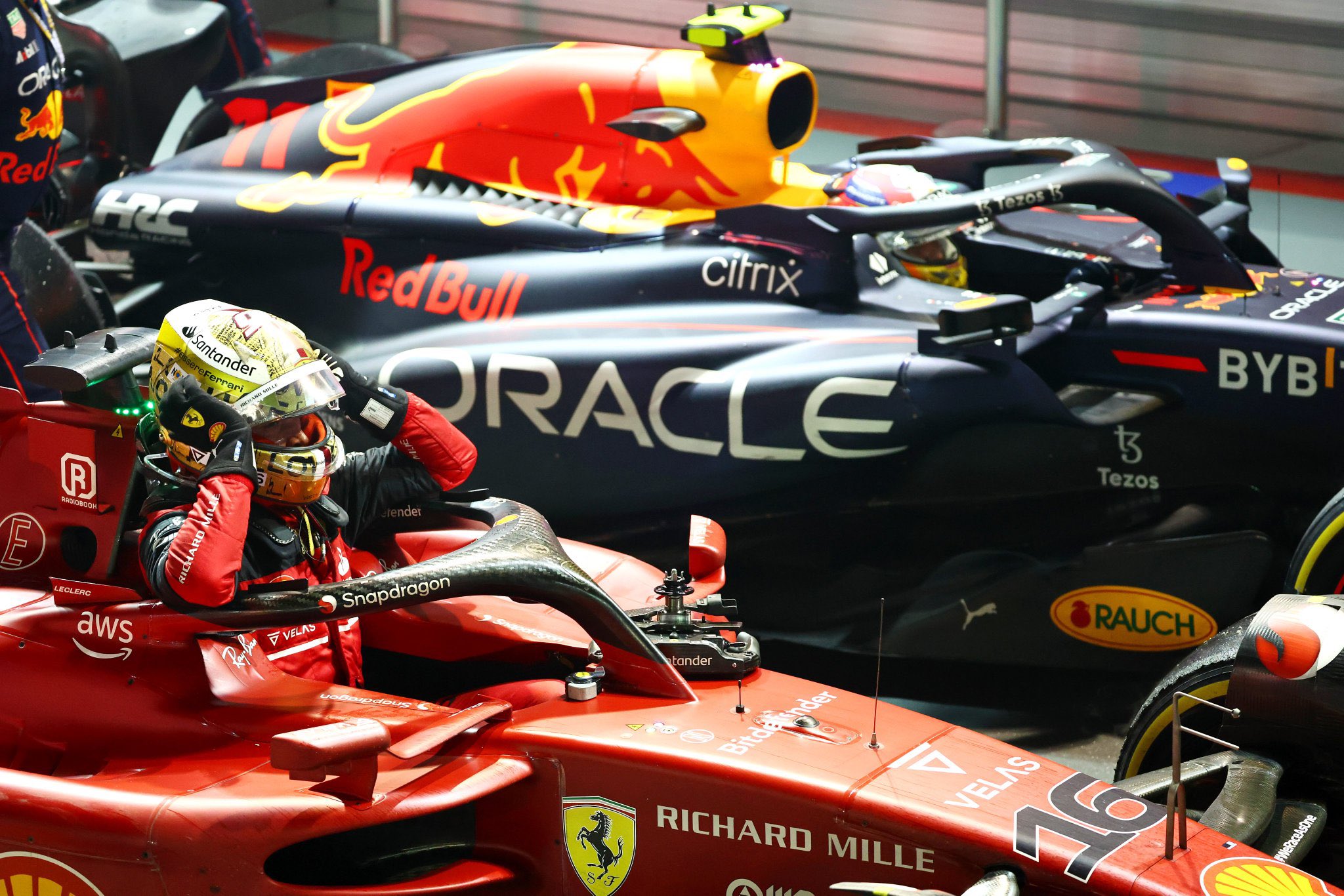 Red Bull’s Sergio Perez met with the stewards investigating his safety car infringement 15 minutes after the end of the 2022 Formula 1 Singapore Grand Prix at the Marina Bay Street Circuit, as the Mexican driver crossed the line first in Singapore, but was under an investigating in the last phase of the race.

One hour later, it was confirmed that Sergio Perez remained the winner of the Singapore Grand Prix. Stewards investigated two infringements behind the safety car for failing to remain 10 car lengths behind. He was given a reprimand for the first incident. He was given a five-second penalty for the second, but because he finished 7.6 seconds ahead of Charles Leclerc he retains the race win.

“In two different Safety Car periods, Checo made the same mistake. We expect a penalty of at least ten seconds. We are sorry that a decision was not made already in the race because then Charles pushed and consumed the front tires.” – Scuderia Ferrari Team Principal Mattia Binotto said immediately after the 2022 Formula 1 Singapore Grand Prix – “Charles’s start was good then he found standing water which made him lose traction. The car was fine today, both in the wet and in the dry. The pitwall also performed well.” – the Ferrari boss added.

Here is the full verdict of the stewards:

Which of 2022’s four lost F1 drivers will return to the grid in future? | Debates and Polls

Vettel 'fully on it' despite farewell celebrations – Krack