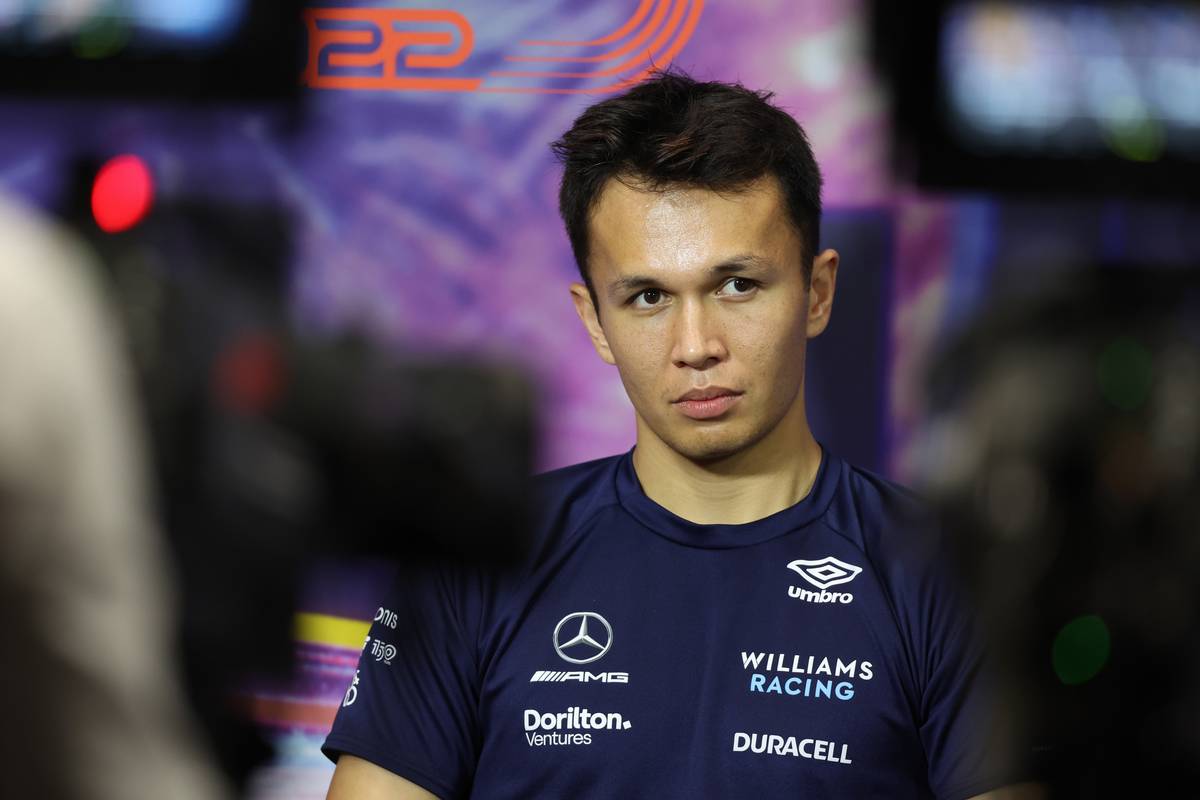 Alex Albon says he feels "ready" and as fit as he can be for his return to racing at this weekend's grueling Singapore Grand Prix. The Williams driver will be back in the saddle after missing the Italian Grand Prix due to an acute case of appendicitis that sidelined him from Saturday morning at Monza. However, while he underwent a routine laparoscopic procedure, the Anglo-Thai racer suffered post-operation complications, and especially a respiratory failure. After his condition was stabilized in the ICU of Monza's San Gerardo Hospital and a day of complete rest, Albon returned home to Monaco to continue his recovery and to prepare for Singapore. Read also: Palmer: Williams can’t turn down ‘too appealing’ Albon/de Vries line-up "I feel ready. I feel as fit as I can be - no pain," he said on Thursday in Marina Bay. "We had a good week of training or two weeks almost to get back to where we are today. We're realistic and we know that we're coming to the most difficult race of the year. "We do have to be mindful of that. But I feel good. I've been karting and it's felt OK." Albon admitted that a return to active duty in Singapore was initially an optimistic target. "I don't think we truthfully had in mind Singapore on the cards," he said. "But just with the way that the speed of recovery, it was definitely a possible thing." Albon said that he didn't remember much about his scary post-operation episode due to being "drugged up" but the 26-year-old explained that his lungs healed more rapidly than expected while he was in his reduced coma. He woke up on the Sunday, "30 minutes before the start" of the Italian Grand Prix but was ordered to switch off the TV after his heart rate began to spike, likely due to the "frustration" he felt for not being on the grid. Back in Monaco, after a long rest period, he scaled into his physical preparation programme. "We treated it like a nine to five job, training and recovery," he said. "Basically, throwing everything [at it] and day by day was getting better and better. "Then obviously, we got to a point where the recovery was going really well. "We sat long and hard to think about it. Shall we do it or not? I feel like I am ready." While feeling ready to return to the track, Albon will validate his physical condition amid Singapore's hot and humid environment during Friday's running. Keep up to date with all the F1 news via Facebook and Twitter The post Albon feels 'as fit as I can be' for grueling Singapore GP appeared first on F1i.com.