Haas 'not waiting' on Ricciardo to decide 2023 line-up 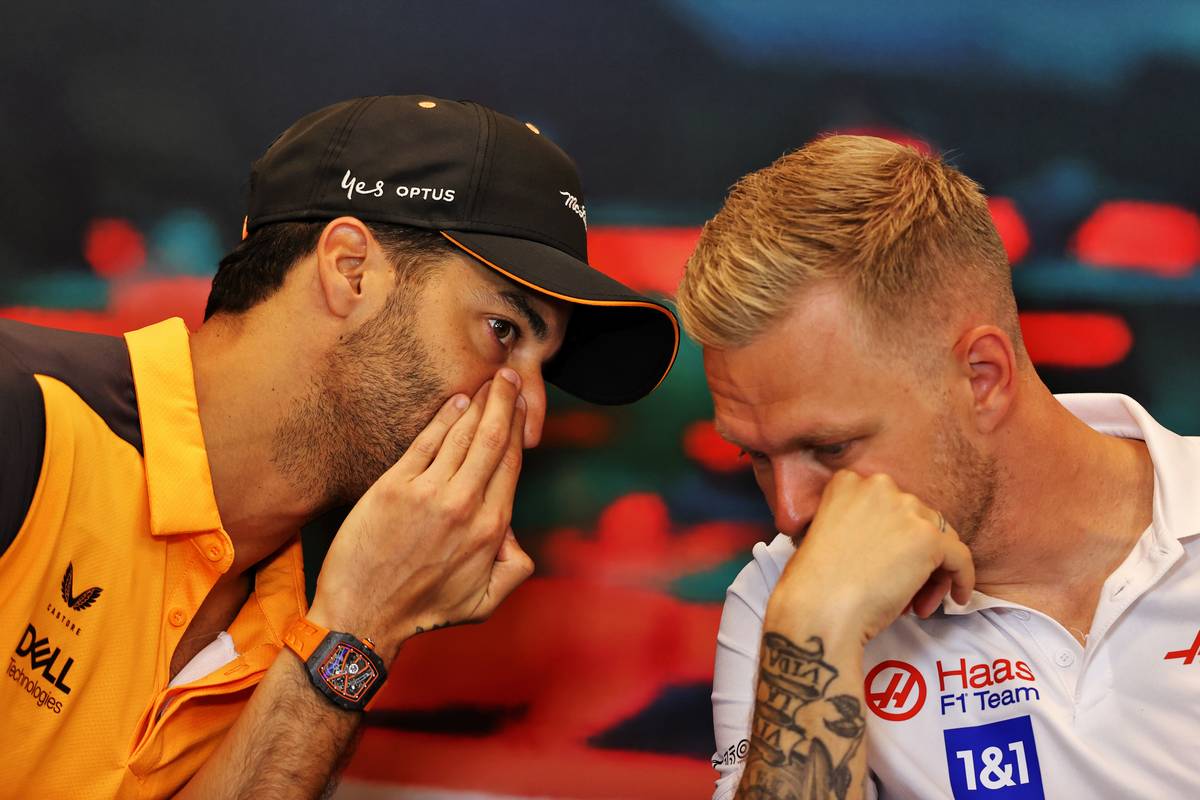 Haas team boss Guenther Steiner doesn't know if his team is of any interest to Daniel Ricciardo for 2023, but the US outfit isn't waiting for the Aussie to make his next move to decide its line-up for next season. Ricciardo is mulling his near-term F1 future, but the outgoing McLaren driver's options are scarce for next year. Alpine, Williams and Haas have vacant seats that they have yet to fill, but it's unclear if the latter two would fit the bill as far as Ricciardo's ambitions are concerned. "I don’t want to just race to race, I want to race with a true belief or understanding that I could be back on the podium ultimately," the Aussie said in Singapore. Read also: Ricciardo team 'talking to pretty much everyone' for 2023 Needless to say, hiring a driver of the calibre of Ricciardo would be a major coup for Haas. But while Steiner isn't keeping his hopes up, he is open to talking to the eight-time Grand Prix winner. "I don’t want to speak for Daniel," the Italian told Sky Sports. "I think he’s weighing up what he wants to do. "That’s my biggest thing, he needs to weigh up what he wants to do. "If he decides to join a team at the back of the grid, that doesn’t mean he cannot move on up the grid and I’m sure he didn’t mean what he said in a negative way. "He needs to find out what he wants to do in life, and that will take him time because this is a big decision for his career and I’m sure he takes it very carefully what he wants to do." But Haas has its own agenda, with Kevin Magnussen contracted to the team for 2023 and Mick Schumacher still in the running for the second seat, if the German performs well, while F1 veteran Nico Hulkenberg is also believed to be a strong candidate for the second seat. "I’m not waiting for him [Ricciardo] to answer what he wants to do, just to clarify that," said Steiner. "Once he decides what he wants to do, he will let everybody know, but I don’t know and I think he doesn’t know at the moment." Keep up to date with all the F1 news via Facebook and Twitter The post Haas 'not waiting' on Ricciardo to decide 2023 line-up appeared first on F1i.com.